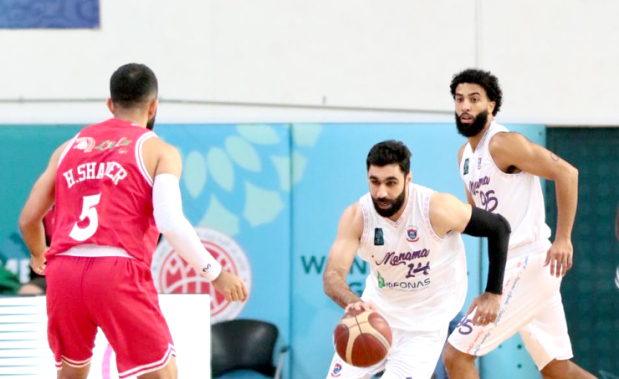 Muharraq crashed to their first defeat of the season going down 79-80 to Manama in the seventh round of the Zain Bahrain Basketball League last night.

In an exciting encounter at the Zain Arena in Um Al Hassam, Manama snatched a one-point lead in the first quarter (20-19) and took the second quarter 25-22 to stay ahead by four points at half-time.

Manama bounced back after the interval to draw level by taking the third quarter 24-20. The pulsating final quarter saw Manama edging ahead by just one point.

Bader Abdulla was Muharraq’s top scorer with 20 points, including three 3-pointers, and six rebounds. He was assisted by Mohammed Kuwayed and Mohammed Nasser with 14 points each.

Despite the loss, Muharraq top the standings with 13 points from seven games, ahead of defending champions Al Ahli who have 12 points from six games.

Manama, who have played only four games, are ninth with eight points.

Upshaw supported Ahli with 27 rebounds and he was backed by Hesham Sarhan who scored 26 points.

Ahli claimed their sixth victory in a row while Samaheej suffered their fourth loss of the season.