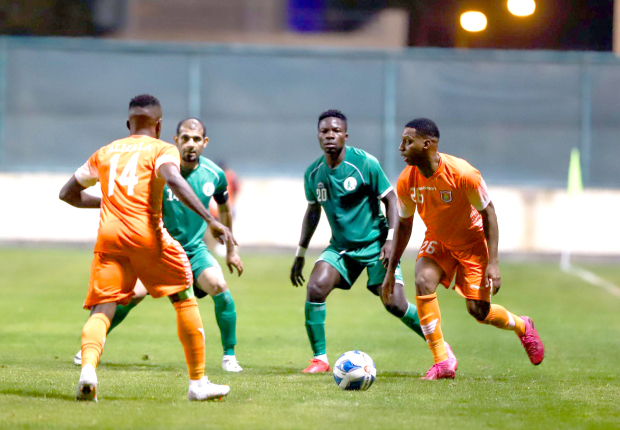 Al Ettifaq rose to the top of the standings after unseating Al Hala in the sixth round of the Second Division Football League last night.
Jumai, Madu Gallo and Daniel Ashanti scored for Ettifaq as they outplayed Hala 3-0 at the Hamad Town Stadium and emerged as the leaders in the process.
Table toppers Ettifaq are on 14 points while second-placed Hala have 12 as the sixth round concluded last night with two more clashes.
Galali sealed their third victory of the season easing past Al Tadhamun 2-0 at the Riffa Club Stadium. Yusef Ahmed and Nasser Saud were on target for Galali.
Last night’s win took Galali to the fifth position with 10 points while Tadhamun, who are yet to collect a point, languish at the bottom.
Meanwhile, the third match of the night, between Sitra and Bahrain Club at Al Ahli Club Stadium in Mahooz, ended in a goalless draw.
Sitra sit in the sixth spot with 10 points while Bahrain Club are eighth with six points.
The seventh round will begin next Wednesday.