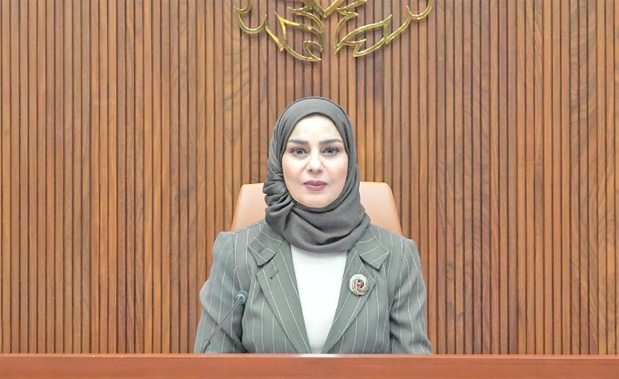 Ms Zainal addressing Parliament
PARLIAMENT Speaker Fouzia Zainal has defended a decision to appoint an Arab legal adviser on a two-year renewable contract. This came as Ebrahim Al Nefaei demanded that the issue be listed for debate following a request by seven MPs who said it was wrong to employ a non-Bahraini when the government was pushing for Bahrainisation .