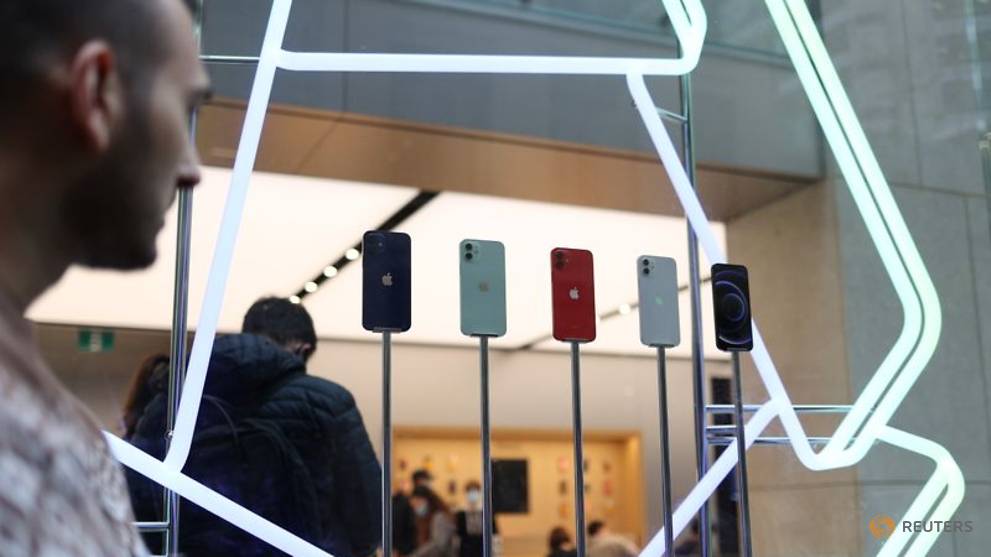 FILE PHOTO: A shopper looks at an iPhone 12 display while waiting in line to enter an Apple Store in the city centre as the state of New South Wales continues to report low case numbers of the coronavirus disease (COVID-19) in Sydney, Australia, October 26, 2020. REUTERS/Loren Elliott

Apple Inc’s iPhone 12 mini U.S. sales were just 5% of overall sales of its new phones during the first half of January, industry data provider Counterpoint said on Tuesday, adding to signs of muted demand for the new smaller version of its flagship device.

J.P. Morgan analyst William Yang said in a note last week that weak demand for the smaller iPhone 12 and 12 mini might lead Apple to stop production of the mini in the second quarter.

“The product mix adjustment is well expected by investors and should not be a negative surprise,” Yang added.

The company launched a smaller variant of the iPhone 12 model last year, but demand for the smaller smartphones seems to be weaker, compared to the high-end iPhone 12 Pros and the older iPhone 11s.

“This is in line with what we’re seeing in the broader global market, where screens under 6.0” now account for around 10% share of all smartphones sold,” Kang added.

Last month, the Cupertino, California-based company reported $65.60 billion in quarterly revenue from its iPhones business, beating a record it had set three years ago.