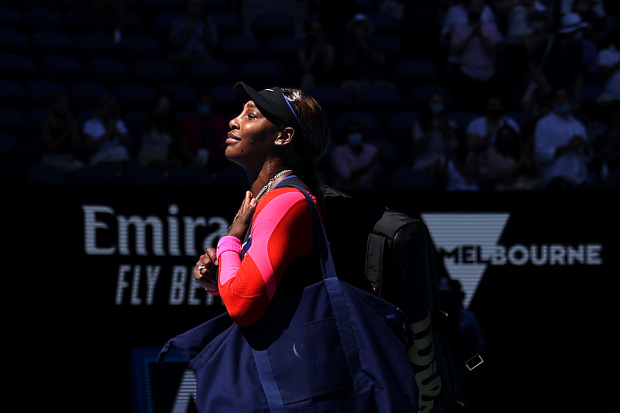 Melbourne: Serena Williams broke down in tears and cut short her post-match news conference after her 6-3 6-4 defeat to Naomi Osaka in the Australian Open semi-finals on Thursday ended her bid for a record-equalling 24th Grand Slam title.

Williams won her last major title in 2017 at Melbourne Park before taking a break from the sport to give birth to daughter Alexis Olympia, and has lost four major finals since returning to tennis in 2018.

The 39-year-old, who is one Grand Slam short of Margaret Court's record, walked off Rod Laver Arena to a standing ovation on Thursday, pausing for a moment to put her hand on her heart and wave to the crowd.

"The Aussie crowd is so amazing, so it was nice to see," Williams, sporting a "Queen" necklace, told reporters.

When asked if her exit from the court was a final farewell to Melbourne Park, she said with a smile: "If I ever say farewell, I wouldn't tell anyone."

But the smile soon faded, and a question about whether her defeat to Osaka was just a "bad day at the office" saw her take a sip of water before choking up.

Williams had looked her sharpest in years at the tournament but 24 unforced errors cost her against Osaka, who also beat her in the 2018 U.S. Open final.

"The difference today was errors," Williams said earlier in her news conference. "Honestly, it was opportunities where I could have won. I could have been up 5-Love. I just made so many errors.

"Not like I was on the run or anything, they were just easy, easy mistakes. It was a big error day for me today."