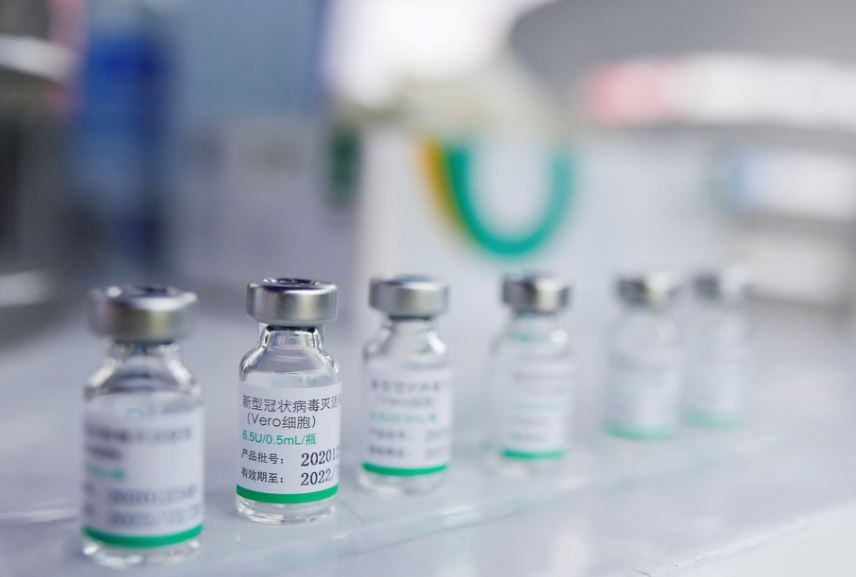 More than 43 million Covid-19 vaccine doses from China's state-backed China National Pharmaceutical Group (Sinopharm) have been used, including over 34 million administered in the country and the rest overseas, official media said on Sunday.

China National Biotec Group Company (CNBG), a Sinopharm unit, has two Covid-19 vaccines. One of them is developed by its Beijing unit and has been approved for general public use in China and emergency use in several countries including Iraq, Pakistan and Morocco.

"Up to now, over 43 million vaccine doses from Sinopharm CNBG have been used...with over 34 million doses administered within China," China Central Television (CCTV) said.

Apart from the two products, China has two other vaccines - developed by Sinovac Biotech (SVA.O) and CanSino Biologics (6185.HK) - that have been approved overseas, as it ramps up supply for developing countries battling a surge in coronavirus infections.

These vaccines can be stored at normal freezer temperatures, making them a potentially attractive option to many developing countries, which struggle to use rival products such as vaccines from Pfizer and Moderna, which require much colder temperatures for longer-term storage.

China is providing vaccine assistance to 53 developing countries and has export deals with 22 countries, its foreign ministry said last week.

Indonesia is among the biggest buyers of Chinese vaccines with a deal for 125 million doses of the Sinovac vaccine.

China has promised to donate vaccines to several countries including Pakistan, Congo Republic, Equatorial Guinea and Namibia, as it aims to cultivate goodwill with lower-income countries.