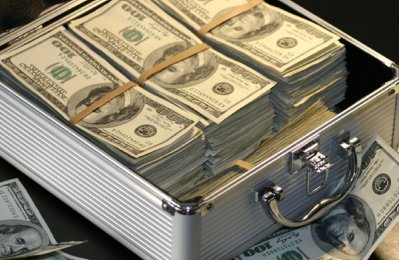 The merger would create a regional financial <br>services powerhouse. Image: Pexels
The consortium behind the acquisition of UAE Exchange is in advanced discussions with BFC Group Holdings over a potential merger that would create a regional financial services powerhouse in the Middle East with licences to operate in over 30 countries, a statement said.
Prism Group AG and Abu Dhabi’s Royal Strategic Partners formed a consortium in December 2020, which agreed to buy the assets of Finablr Ltd, which has a presence in 170 countries and includes the UAE Exchange, Unimoni and Xpress Money brands, from Finablr. BFC Group’s products include BFC Forex and BFC Payments.
“Negotiations with BFC are at an advanced stage and the transaction should be finalised by the second quarter of 2021. The deal would create the largest remittance services and currency exchange group in the MENA region, to become the only operator with a direct presence in all six GCC countries,” said the statement.
“The proposed deal underlines the consortium’s ambition to become the progressive regional player within the payments and currency exchange space. It would combine two of the largest and most well-established remittance-service companies in the region and create a market-leading financial services group with huge growth potential in some of the fastest-growing markets in the world. It will invest in a digital transformation plan that will revolutionise the way payments are made by making it easier and faster to make payments,” it said.
The consortium has made rapid progress since it agreed to acquire Finablr. In December, it appointed independent investment bank Moelis & Co to restructure the company’s debt. Earlier this month, it hired leading US financial compliance advisor Matrix to overhaul its money-laundering policies and compliance procedures.
Prism Group CEO Amir Nagammy said: “We are confident of the deal concluding and excited about taking a major step towards creating a market-leading, pan-global financial services company in the region. We are at the start of a new era in the financial services industry in the Middle East and the combined group will be well-placed to play a leading role in the transformation of the sector. We plan to leverage new technology to become the first truly omni-channel financial services company in the region, offering fast and efficient payment systems for over 24 million clients.”
Dr Hamad Al-Ali, CEO of Royal Strategic Partners, said: “This proposed merger illustrates the rapid progress the consortium has made towards realising its goal of creating a regional fintech company that can compete on the global stage. We have a unique opportunity to build a financial services group of significant size and scale, which has the potential to transform the way transactions are conducted around the region and the wider world.”
BFC Chairman, Ziad El Chaar, said: “BFC has been operating in the region for over a century. During that time, it has established a hard-won reputation for integrity and innovation. The proposed merger represents a new chapter in the company’s history and would secure its future under new ownership.”
Ebrahim Nonoo, Managing Director and CEO of BFC, said: “Our discussions with the consortium are well-advanced and I am excited by the opportunities a merger would create. Our combined retail network will be the largest in the Gulf and the Consortium has the expertise, experience and vision needed to build a 21st century payments infrastructure that will benefit millions of customers.”
The deal will be subject to regulatory approval in India, Bahrain and Kuwait, said the statement. -TradeArabia News Service