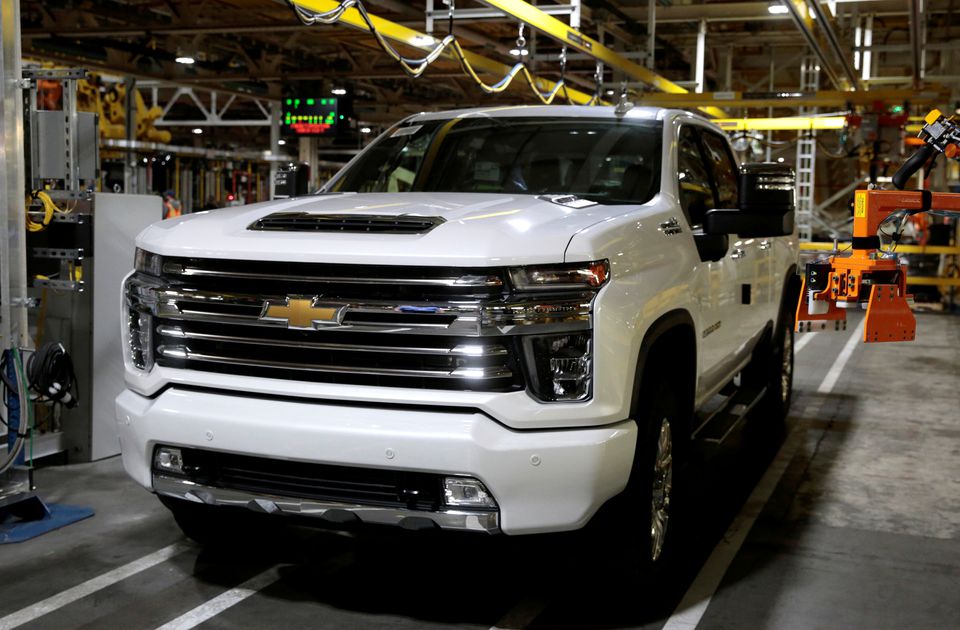 The lack of the active fuel management/dynamic fuel management module means affected models, equipped with the 5.3-liter EcoTec3 V8 engine with both six-speed and eight-speed automatic transmission, will have lower fuel economy by one mile per gallon, spokeswoman Michelle Malcho said.

Malcho emphasized all trucks are still being built, something GM has repeatedly stressed it would try to protect as pickups are among GM's most profitable models. She declined to say the volume of vehicles affected.

"By taking this measure, we are better able to meet the strong customer and dealer demand for our full-size trucks as the industry continues to rebound and strengthen," Malcho wrote in an email.

The change runs through the 2021 model year, which typically ends in late summer or early fall, she said.

Malcho said it would not have a major impact on the Detroit automaker's U.S. corporate average fuel economy (CAFE) numbers.

"We routinely monitor our fleet for compliance in the U.S. and Canada, and we balance our portfolio in a way that enables us to manage unforeseeable circumstances like this without compromising our overall (greenhouse gas) and fuel economy compliance," she said.

GM's fleetwide fuel economy in the 2018 model year was 22.5 miles per gallon and was projected to rise to 22.8 mpg for 2019, according to a report by the Environmental Protection Agency.

GM said last month the chip shortage could shave up to $2 billion from this year’s earnings. It subsequently said it expected global chip supplies to return to normal rates by the second half of the year.

GM’s U.S. rival Ford Motor Co (F.N) previously said the shortage could hurt 2021 profits by up to $2.5 billion and said it had curtailed production of its flagship F-150 pickup.

The shortage, which has hit automakers globally, stems from a confluence of factors as carmakers, which shut plants for two months during the COVID-19 pandemic last year, compete with the sprawling consumer electronics industry for chip supplies.

"We hope that this situation is going to improve as we get closer to summer," he told reporters. "But April and May we expect will be very tough. Predictions, I cannot make because really we are working from week to week. So far we have been very successful and we have not lost a single day in production.”

GM shares were down 2% in midday trading.