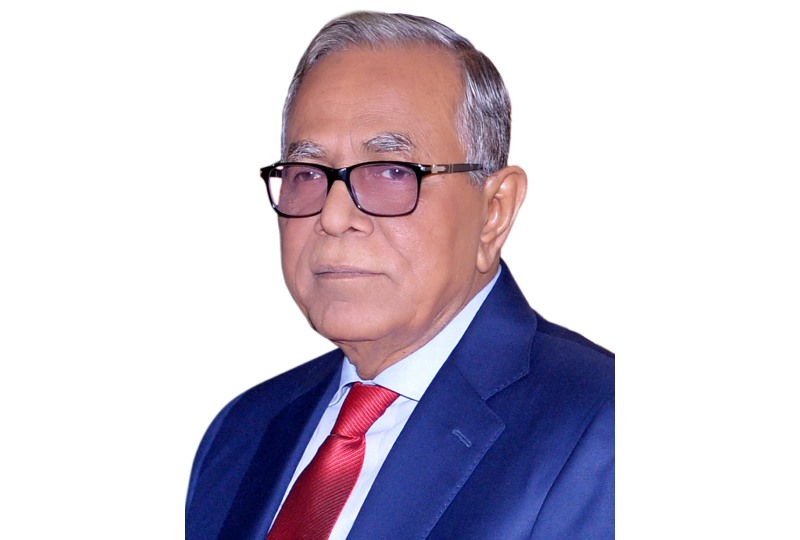 Bangladesh President Mohammad Abdul Hamid extends his heartfelt greetings and warm felicitations to his fellow countrymen living at home and abroad on the 50th anniversary of the National Day.

“This year, we are celebrating the golden jubilee of our independence,” he said in a message.

“On this historic day, I remember with profound respect the architect of our independent Bangladesh, Father of the Nation Bangabandhu Sheikh Mujibur Rahman.

“On the fateful night of March 25, 1971 the invading forces of Pakistan suddenly attacked the unarmed Bangalees.

“In the early hours of March 26, the Father of the Nation officially declared the independence of Bangladesh.

“I recall with deep respect the millions of martyrs who sacrificed their lives in the War of Liberation.

“I also recall with deep reverence our four national leaders, valiant freedom-fighters, organisers, supporters, foreign friends and people from all walks of life who made contributions to attain our right to self-determination and freedom of movement.

“Bangabandhu always cherished a dream of building a happy and prosperous country along with attaining political emancipation.

“The present government has been rendering untiring efforts in realising that dream.

“Rate of poverty has been dropped and per capita income has tripled over the past decade.

“Despite the negative impact of Covid-19 on the world economy, due to the timely and courageous steps taken by Prime Minister Sheikh Hasina, the government has been able to maintain economic growth.

“Huge amount of remittances sent by expatriate Bangladeshis have made an important contribution to keep the wheel rolling during this time.

“The government has announced 23 stimulus packages and arrangements have also been made to provide a Covid-19 vaccine.

“Bangladesh ranks first in South Asia and 20th in the world in the ‘Covid resilience ranking’ compiled by US-based Bloomberg for successful handling of the pandemic, economic revival and keeping livelihoods running.

“Recently, Bangladesh received the final commendation from the UN to her emergence from a least developed country to a developing one.

“It is a unique gift for the nation at the juncture of ‘Mujibbarsho’ and the ‘golden jubilee’ of our independence.

“In pursuing our diplomatic objectives, the government has been consistent in upholding the principle of ‘friendship to all, malice towards none’ as enunciated by the Father of the Nation.

“Despite being a densely-populated country, Bangladesh has set a unique example of humanity in the world by sheltering millions of Rohingyas who have been tortured and forcibly deported from Myanmar.

“In Bhasanchar, accommodation has been provided with all kinds of facilities for the Rohingyas.

“I call upon the UN and the international community, including Myanmar, to take early and effective measures for a permanent solution to this problem.

“Forbearance, human rights and rule of law have to be consolidated for institutionalising democracy and the ruling party as well as the opposition should play a constructive role in this regard.

“Bangabandhu is the source of eternal inspiration for the Bengali nation and the government has extended the period of ‘Mujibbarsho’ till December 16, 2021, to celebrate the birth centenary of the Father of the Nation grandiosely at home and abroad.

“With the joint efforts of all, may our beloved motherland become a developed country free from hunger and poverty – this is my expectation on this great Independence Day.