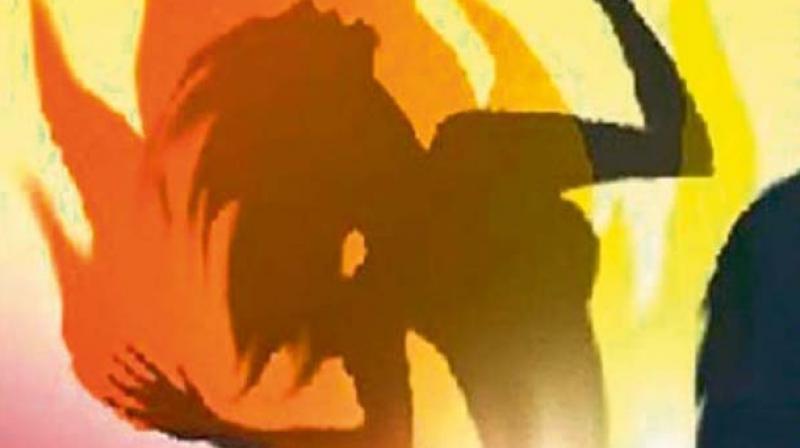 At least 1,100 women were killed in the name of honour in Pakistan last year by their relatives on the pretext of defending what is seen as family honour. (Representational Picture)

A Pakistani girl has been killed by her brother for insisting on marrying a man of her choice, police said, marking the country's latest gruesome "honour killing" following a string of incidents that have sparked national outrage.

Anum Ishaq masih, in her late teens and from a Christian family, was murdered while she slept in the city of Sialkot southwest of Lahore.

"Saqib Ishaq masih, 23, killed his sister by smashing her head with a wooden log while she was sleeping," Rana Zulfiqar, the officer in-charge of the police station in Sialkot said.

"The girl, named Anum Ishaq masih, was in her late teens and wanted to marry a Christian neighbour but the family was against the marriage," he said.

Rana said the girl was insisting that she would marry the man, infuriating her sibling.

The brother has since been arrested and charged with murder after the girl's father filed a case against him.

Shamoon Gill, a Christian activist, said that honour killings were very rare among the Christian community in Pakistan.

"It has nothing to do with religion but is part of a social issue that is deeply rooted in the eastern societies," he said.

"Most of the Christians and even Hindus are converts. They have converted but there are still some elements of tribal society."

Hundreds of women are murdered by their relatives in Pakistan each year on the pretext of defending what is seen as family honour, and this latest incident follows a spate of recent attacks.

Last week sixteen year-old Zeenat Bibi was set on fire in Lahore by her mother for marrying a man of her own choice. Bibi's mother later confessed to the crime.

A Pakistani couple were also murdered in Lahore last week for marrying without their family's consent.

A Girl in the River: The Price of Forgiveness – a film telling the story of a rare survivor of an attempted honour killing – won an Oscar for best documentary short in February.

Amid publicity for the film, Prime Minister Nawaz Sharif vowed to eradicate the "evil" of honour killings but as yet no fresh legislation has been tabled.