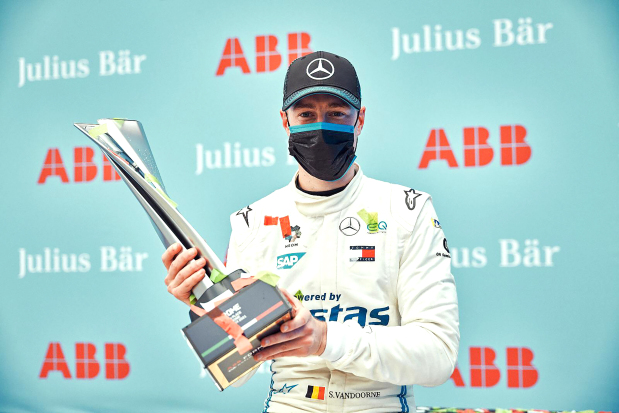 ROME: Mercedes’ Stoffel Vandoorne won the second Formula E race of the weekend in Rome yesterday with Britain’s Sam Bird staying top of the electric championship’s standings despite failing to score for Jaguar.

Belgian Vandoorne, who crashed out of the previous day’s e-prix in the EUR district of the Italian capital, beat Mahindra Racing’s Alexander Sims by 0.666 of a second in what he described as “redemption”.

Pascal Wehrlein finished third for Porsche after Venturi’s Norman Nato was demoted from the podium for using too much energy.

Former McLaren F1 racer Vandoorne also took the bonus point for fastest lap in what was his team’s second victory of the season.

Bird, second on Saturday and a winner in Saudi Arabia, has 43 points after four rounds with teammate Mitch Evans of New Zealand moving up to second on 39 after finishing sixth yesterday.