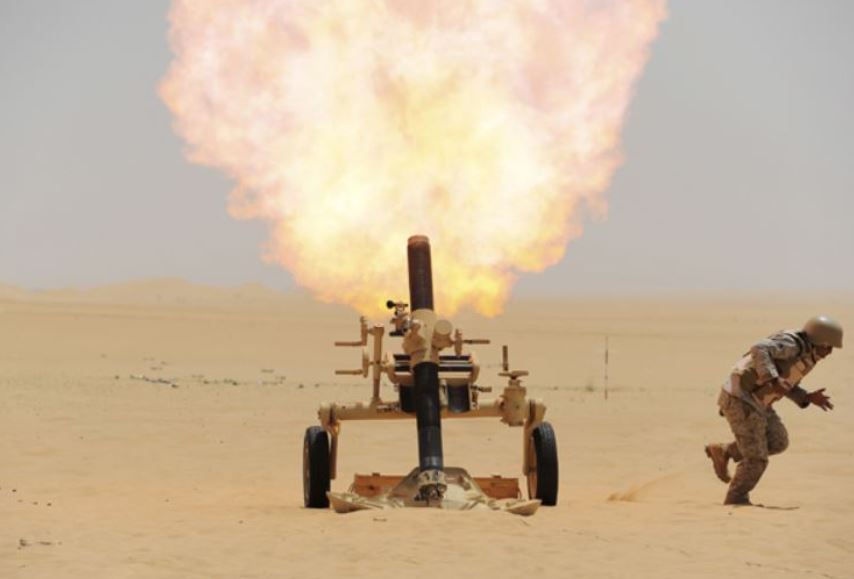 A Saudi soldier fires a mortar towards Houthi movement position, at the Saudi border with Yemen April 21, 2015. (Image credit: Reuters)

The coalition said it would take “necessary operational measures” to protect civilians in line with international law.

The coalition, which intervened in Yemen in March 2015, has often retaliated to cross-border attacks on Saudi Arabia with airstrikes in Yemen.