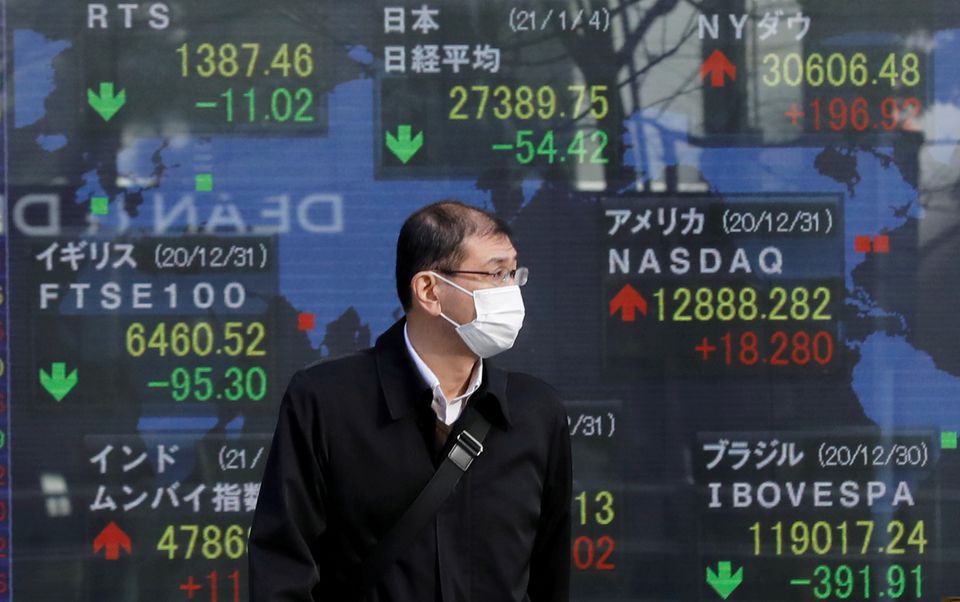 Japan led gains, with the Nikkei 225 rallying 2%, after sliding about 2% in each of the last two sessions.

European futures pointed to higher opens, with Euro Stoxx 50 futures and Britain's FTSE futures up 0.5% each.

"Overall, I think markets are still skewed to taking on risk, and I don't think we've seen the final record high by any means in the U.S. stock market or in global equities," said Kyle Rodda, a market analyst at IG in Melbourne.

"At the end of the day, (the selloff earlier this week) was just markets whipping around as the froth has blown off risk assets."

MSCI's gauge of stocks across the globe added 0.2% on Thursday, following a 0.4% gain overnight, to take it back to within 1% of its all-time closing high.

On Tuesday, the index had slumped 0.8%, the most in four weeks, as market sentiment soured amid concerns that record coronavirus infections in India, likely restrictions in Japan and rising cases in Latin America will hamper the global economic recovery.

S&P futures pointed to a softer open later on Thursday though, declining 0.2%.

"The 'Buy the dip' mentality appears to be back in equities," Tapas Strickland, an analyst at National Australia Bank, wrote in a client note.

Oil prices slipped for a third day on concerns that surging COVID-19 cases in India will drive down fuel demand in the world's third-biggest oil importer, while a surprise build in U.S. stockpiles added to the negative tone.

U.S. Treasury yields stayed depressed, with the yield on benchmark 10-year notes down 3 basis points at 1.5345% on Thursday, languishing near the lowest since March 12.

The European Central Bank decides policy later on Thursday, with no change expected.

The U.S. Federal Reserve and Bank of Japan follow next week.