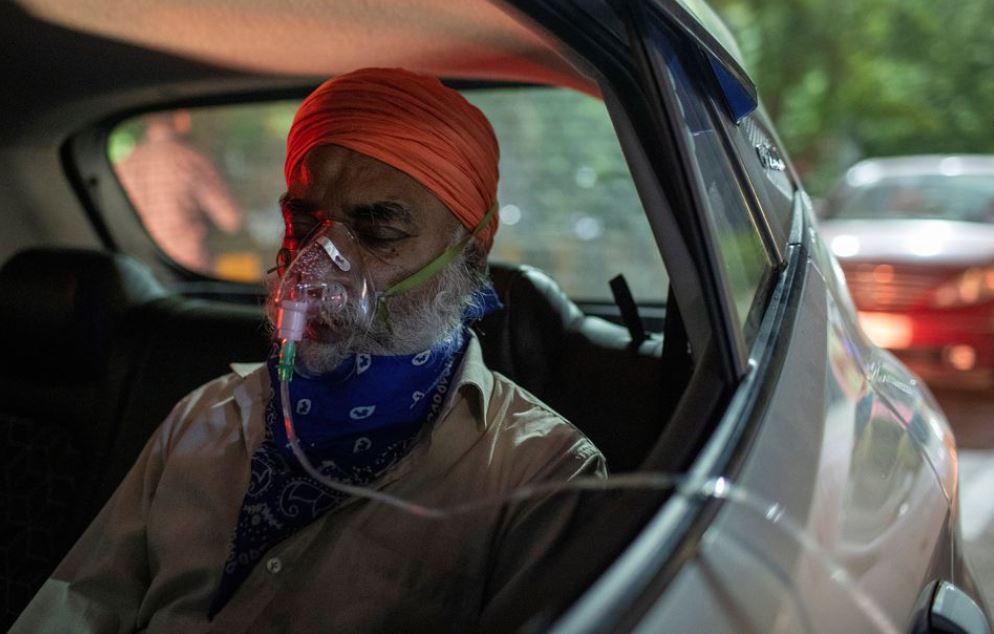 A man with a breathing problem receives oxygen support for free inside his car at a Gurudwara (Sikh temple), amidst the spread of coronavirus disease (Covid-19), in Ghaziabad, India, April 24, 2021. (Image credit: Reuters)

Here's what you need to know about the coronavirus right now:

India's new coronavirus infections hit a record peak for a fifth day on Monday, as countries including Britain, Germany and the United States pledged to send urgent medical aid to help battle the crisis overwhelming its hospitals.

Infections in the last 24 hours rose to 352,991, with overcrowded hospitals in Delhi and elsewhere turning away patients after running out of supplies of medical oxygen and beds.

India's government will not import Covid-19 vaccines itself but expects states and companies to do so, two government officials told Reuters, a decision that may slow acquisitions of shots.

Thailand's government slapped restrictions on travel from India on Monday and closed more venues in Bangkok, even as it came under fire for not doing enough to contain a spike in infections.

The government has ordered parks, gyms, cinemas and day-care centres in its capital, the epicentre of the latest wave of infections, to shut from April 26 until May 9.

After the last cabinet meeting two weeks ago, as coronavirus cases surged, Erdogan reined in social activities and travel.

Moderna vaccine to be reviewed for WHO emergency listing

Moderna's Covid-19 vaccine will be reviewed on April 30 by technical experts for possible WHO emergency-use listing, a World Health Organization spokesman told Reuters.

A decision on the US drugmaker's vaccine, now being evaluated under the abridged procedure on the basis of prior review by the European Medicines Agency, is expected in one to four days after that.

So far vaccines made by Pfizer, AstraZeneca and Johnson & Johnson have received WHO approval, which is a signal to national regulatory authorities on a product's safety and efficacy.