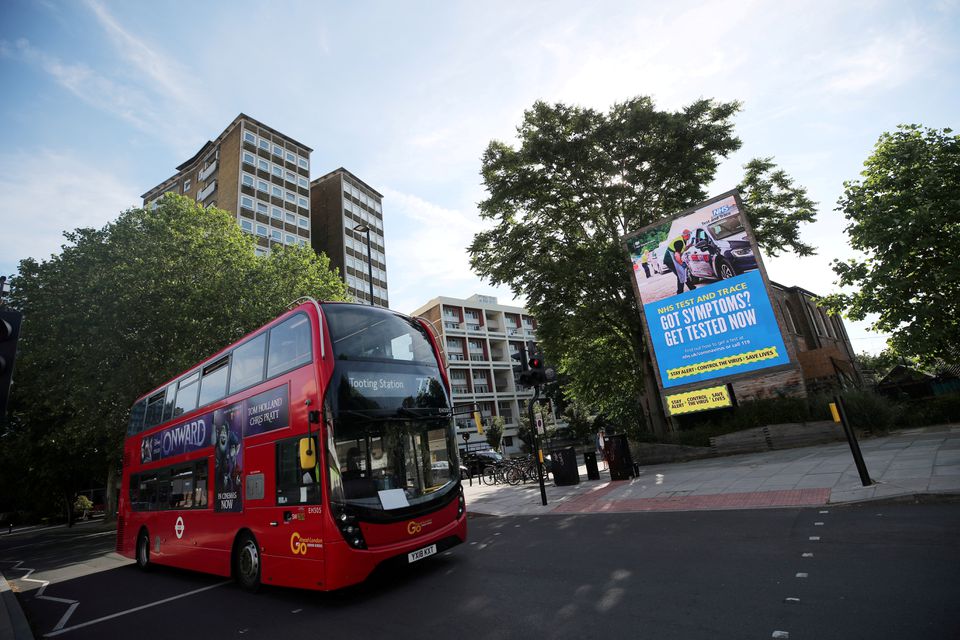 A government and NHS Test and Trace advert is seen on a billboard in London, following the outbreak of the coronavirus disease (COVID-19), London, Britain, June 2, 2020. REUTERS/Hannah McKay

Britain's NHS (National Health Service) Test and Trace system is reducing the size of its contact tracing workforce after a decline in coronavirus cases in the country.

"Just as we increased numbers working in the tracing service over the winter, we are now responding to the reduction in case numbers we've seen this spring", a spokeswoman for the Department for Health and Social Care said in an emailed statement on Friday.

"We are continuing to respond to changes in demand and reflect staff numbers accordingly", the statement added.

The statement did not specify by how much the staff is being reduced. It said that NHS Test and Trace has contacted almost 10 million people since it began.

A total of more than 34.2 million people in Britain have been given the first dose of the Covid-19 vaccine, government statistics showed on Friday.

A further 2,381 people had tested positive for the virus, down slightly on the day before.

Earlier in April, Britain's health ministry said there were no plans to halt rapid coronavirus testing.

Britain will buy 60 million more doses of Pfizer/BioNTech's, vaccine, health minister Matt Hancock said earlier this week, in a deal that more than doubles the country's supply of the shot ahead of a booster programme later this year.

Britain has now ordered a total of 100 million doses of the Pfizer vaccine, one of three Covid-19 shots being rolled out in the country.

Britain, which has a population of 67 million, has deals for 517 million doses of eight different Covid-19 vaccines, some of which remain under development.