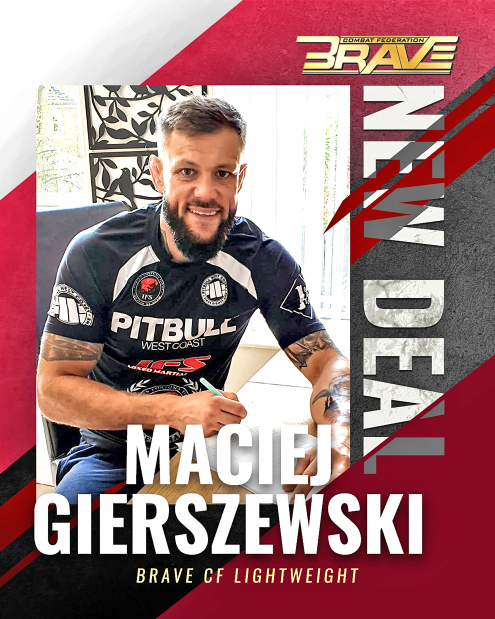 Following yet another impressive performance under the bright lights of the BRAVE CF Arena, Lightweight Maciej Gierszewski earned a new multi-fight deal with the fastest-growing MMA organisation in the world.

The Polish representative is coming off a huge victory over veteran Felipe Silva via first round KO at BRAVE CF 50 and is ready to make a run at the world title.

Gierzsewski first burst onto the scene with a picture perfect knockout of Cian Cowley at BRAVE CF 24. He followed that amazing performance with a main event spot against John Brewin at BRAVE CF 28, losing by first-round armbar.

“I’m delighted to announce that I just signed a new deal with BRAVE Combat Federation. Thank you to the BRAVE CF Family and to my management team. Looks like there’s going to be busy times ahead! I’m coming for that title,” announced an excited Gierszewski.