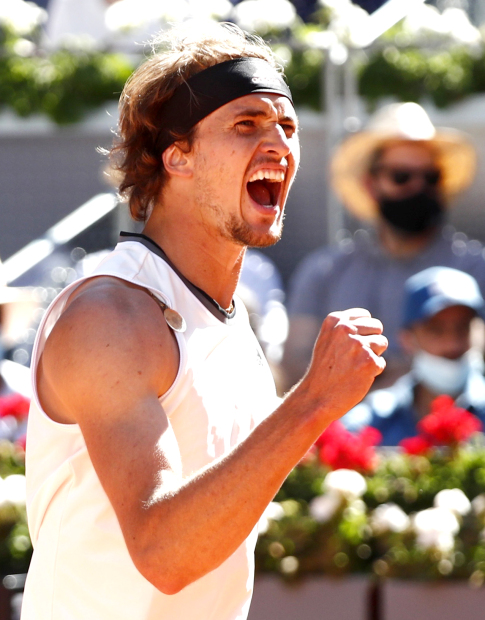 Zverev defeated Nadal 6-4, 6-4 in the quarterfinals, picking up his third consecutive win over the 20-time grand slam champion — but first on clay. His previous two wins over Nadal were on indoor hard courts.

“Beating Rafa on a clay court is the hardest thing in our sport,” Zverev said. “Not many people have done it. This week so far it’s been incredible for me. It’s an incredible feeling right now.”

The sixth-ranked German broke second-ranked Nadal’s serve twice in the first set, rallying from 4-2 down, and once in the second. He conceded only two break opportunities.

“Playing against one of the best players in the world, under these circumstances, with this speed of the court, is very difficult to still (feel) confident,” Nadal said. “I tried, but the serve was difficult to control today. Well done for him.”

Nadal, who is preparing to play for a 14th title at the French Open, had been improving after a slow start to his clay season. He lost to Andrey Rublev in the Monte Carlo quarterfinals then beat Stefanos Tsitsipas in the Barcelona Open final.

Zverev will next face Dominic Thiem in a rematch of the 2018 final. Thiem, who lost to Zverev in straight sets in the Spanish capital three years ago, defeated John Isner 3-6, 6-3, 6-4.