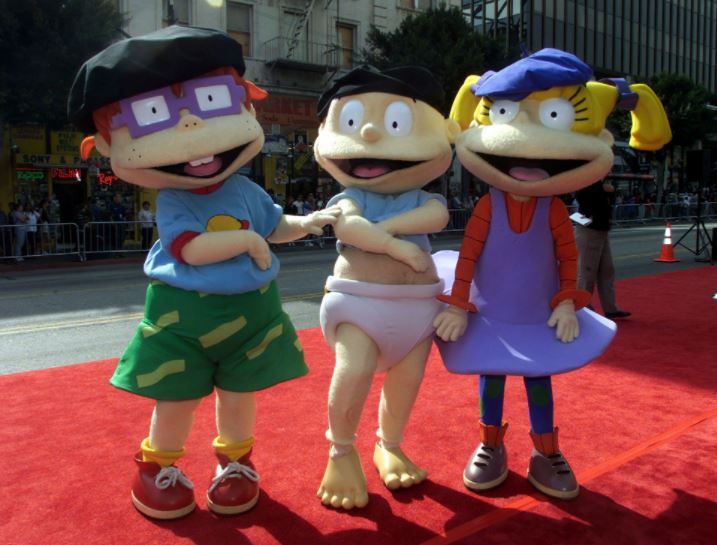 Brighter, bigger and more mischievous, television's "Rugrats" returned with a host of new toys to play with.

Seventeen years after the end of the animated series that made toddlers seem smarter than their parents, ringleader Tommy Pickles, nervous Chuckie Finster and bossy Angelica Pickles now have smart technology to run rings around the hapless grown-ups who are supposed to be in charge.

"They've brought it into 2021. They use cellphones, they have computer screens, there's video, they're zooming," said Nancy Cartwright, who voices Tommy.

First launched in 1991, the series that explores the world from the point of view of babies became a pop culture staple that spawned movies, video games, a live show and even a cereal called Reptar Crunch.

CGI animation gives the reboot a more colourful and detailed look than the original animation, and the adventures of the kids have grown bolder.

In the opening episode, while the younger kids take a hair-raising drive across town to a dinosaur park, Angelica causes havoc with a dating app on Grandpa Pickles' smart phone.

"She's clicking on all these old grandma ladies and having them come over the house to visit Grandpa," said Cheryl Chase, who voices Angelica.

The computer generated animation shows up details like "a Cheerio stuck in the carpet, or peeling paint, or frayed edges on a blanket," said Cree Summer, who voices neighbourhood friend Susie Carmichael.

Like the original series, the reboot is intended to appeal also to adults, this time around including those who may have watched the show as kids and who now may be watching with their own children.

"There's plenty of jokes every episode that I think would only land with adults."