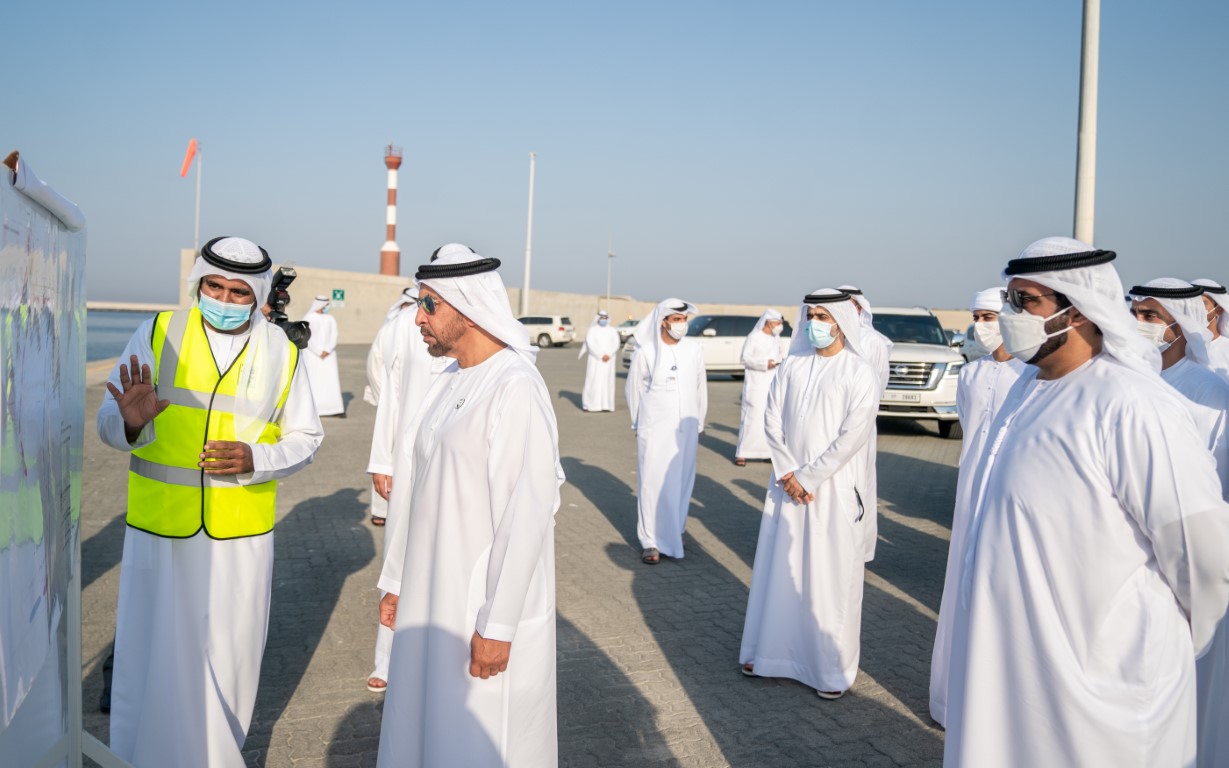 These directives are aimed at creating a conducive investment environment by developing its port, raising its efficiency to deal with ships and marine tankers of all sizes. This has enabled Fujairah Port to become one of the most important maritime shipping destinations in the world.

This was stated when Shaikh Mohammed bin Hamad bin Mohammed Al Sharqi, Crown Prince of Fujairah, and Shaikh Hamdan, accompanied by Shaikh Maktoum bin Hamad Al Sharqi, toured the Fujairah Port and learned about the work progress and the latest projects at the port.

Shaikh Hamdan said that the UAE, thanks to the constant support of the leadership, has enhanced its position in the global maritime sector and has become an international logistics centre due to its state-of-the-art ports that have boosted the country's position on the industry and marine tourism map globally.

Shaikh Mohammed emphasised the significant role played by the port as one of the largest petroleum ports in the world, and its vital contribution to supporting the comprehensive development journey of the country.

The Fujairah Crown Prince said that Fujairah is witnessing rapid development at the economic level, under the directives of the Ruler of Fujairah, as "in the past years, we were able to complete a package of vital and strategic economic projects, which contributed to enabling the emirate to occupy a distinguished position in the maritime industry, and it became a major investment attraction in the region."

They were also briefed about the progress in developing the container terminal by Fujairah Terminals, the operational arm of Abu Dhabi Ports.