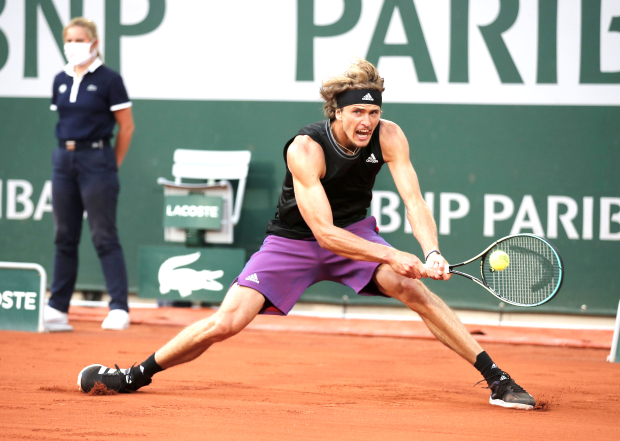 After his frustration wore off following an early argument with chair umpire Alison Hughes over a line call, Zverev clicked into gear while an increasingly despondent Fokina wavered.

Sixth seed Zverev, the first German to reach the last four at Roland Garros since Michael Stich in 1996, was simply too good for the world No. 46, who managed to hold serve only three times in his first appearance on Court Philippe Chatrier.

Zverev, who will face either Greek fifth seed Stefanos Tsitsipas, believes he is slowly coming of age, having reached the last four of a Grand Slam for the third time in his last five majors.

“Before, maybe the last few years, I was putting too much pressure on myself. Also obviously in the media I was seen, before Medvedev and Tsitsipas arrived, as this guy that was going to all of a sudden take over the tennis world,” the 24-year-old told a news conference.

“I was putting pressure on myself as well. I was not very patient with myself, which I feel like now maybe I learned how to deal with the situation a little bit better, I’m maybe a little bit calmer at the tournaments.”

Zverev came back from two sets down in his first-round match, but since then the German has been steamrollering his opponents and is hungry for more.

“Obviously it’s very nice to be in the semi-finals but that doesn’t satisfy me. I’ve been playing better and better and now we’ll see what happens next,” he said.

Having been knocked out in the quarter-finals twice before, by Dominic Thiem and Novak Djokovic, Zverev stood a better chance against the lower-ranked Fokina.

The Spaniard signalled his intentions by breaking in the first game, moving his opponent around and mixing it with drop shots.

Zverev broke straight back but looked out of sorts when the chair umpire corrected a line call, denying him another break.

However, Fokina struggled with his service games as Zverev’s confidence grew.

Zverev hit winner after winner, while his 21-year-old opponent failed to keep the ball on court, and raced to a routine win as he claimed his 15th consecutive set in Paris.

The Greek got revenge for this year’s Australian Open semi-final loss to the Russian, improving his Grand Slam quarter-final record to 4-0 with a 6-3 7-6(3) 7-5 win that teed up a last-four clash against Germany’s Alexander Zverev.

Medvedev, who squandered two set points in the second set, had not won a single match at the French Open prior to his run to the last eight this year.

Yet having finally found his feet on the red dirt, he had few chances against the 22-year-old Tsitsipas, who has had a superb clay season so far.