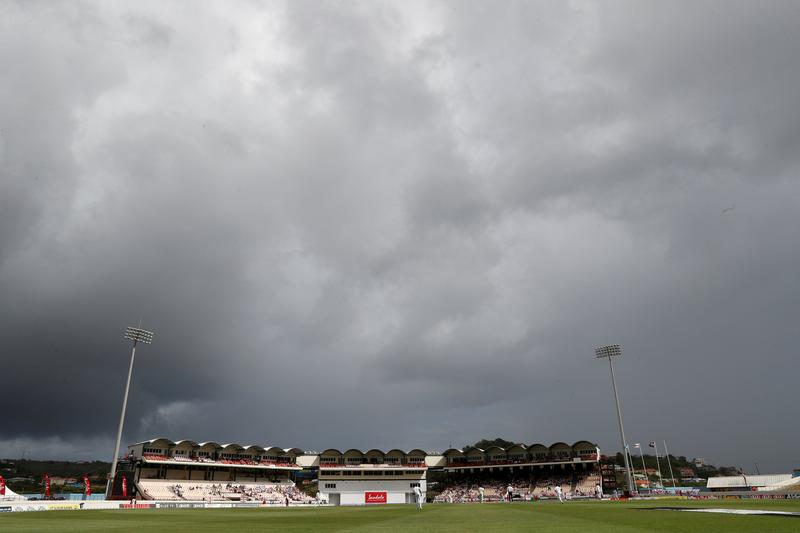 SAINT LUCIA: South Africa will hand a debut to middle-order batsman Keegan Petersen as they seek solutions to a brittle top six line-up in the first Test of a two-match series against West Indies in Saint Lucia today.

The tourists have a dominant record against their hosts, who have won only three of their previous 28 matches, though recent Tests have been rare with this only the second series in a decade.

Ailing South Africa have got past 300 just twice in their last 19 Test innings having lost a number of stalwart batsmen to international retirement, including most recently Faf du Plessis following their 2-0 series defeat in Pakistan in February.

They have slipped to No. 7 in the ICC World Rankings, their joint lowest ever position and below the West Indies.

Petersen has had to wait patiently after being involved in the squad for much of the last two years without getting in the starting XI.

“I’ve been nervous for a while now,” he told reporters. “It gives me goosebumps thinking about it. I know I will have big boots to fill.

“This is what we dream of as kids and eventually when the dream becomes a reality, it gives your system a bit of a shock.

“I’ve been around, so for me to get a go in the side means a lot because I know where I’ve come from and I know the journey has been tough and long. But this is what we work for.”

West Indies have been gaining some momentum in their four Tests this year, including a 2-0 series win in Bangladesh and consecutive draws at home to Sri Lanka in which they were largely on top but thwarted by flat batting wickets.