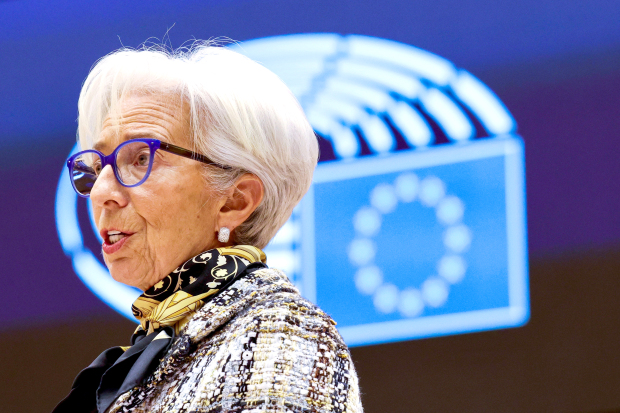 FRANKFURT: The European Central Bank raised its growth and inflation projections yesterday but pledged a steady flow of stimulus over the summer, fearing that a retreat now would accelerate a concerning rise in borrowing costs and choke off the recovery.

Already buying up most of the new debt issued by euro zone governments, the ECB said it would buy bonds at a “significantly higher” pace than during the early months of the year, reaffirming its pledge from March as most ECB watchers had expected.

“We believe that the steady hand is actually the right response,” ECB president Christine Lagarde told a news conference, stressing that tapering, exiting or transitioning away from the 1.85 trillion euro Pandemic Emergency Purchase Programme had not even been discussed.

Yet sources told Reuters three of the 25 members of the Governing Council wanted to reduce the pace of PEPP at the meeting, citing a better outlook for growth and inflation.

Lagarde acknowledged some debate around the decision but said there was broad majority support for “significantly higher” bond buys.

The 19-country euro zone has relied on copious ECB money printing to finance ballooning government deficits, leaving it especially vulnerable to any curbing of stimulus.

The ECB has bought around 80 billion euros worth of debt per month under its Pandemic Emergency Purchase Programme (PEPP) this quarter, up from around 62bn euros in the first quarter.

“We expect the situation to look different at the next joint assessment of financing conditions and the inflation outlook in September, when vaccinations will be close to the 70 per cent inoculation target and the recovery fund will be operational,” Morgan Stanley said.

“At that point we expect a reduction in purchases.”

Maintaining its long-standing guidance, the ECB also said PEPP would last until March 2022 and that it reserved the right to buy less than its purchase quota or increase it as needed to “maintain favourable financing conditions”.

With economies reopening as Covid-19 lockdowns are lifted and vaccinations pick up pace, the ECB raised most of its growth and inflation projections and declared risks to the outlook balanced, giving up long-standing guidance for downside risks.

Inflation projections were also raised for the next several years and the ECB now sees price growth at 1.9pc this year, in line with its target and above its last projection for 1.2pc.

But the seemingly strong data mask weak underlying trends and mostly reflect a bounce back from the deepest recession in living memory.

Underlying inflation remains low and overall inflation is expected to decline for the next several years, staying below the ECB’s target at least through 2023.

“We are far away from our ultimate aim. We are certainly not where we would like to be once the pandemic is over,” Lagarde said.

Europe is also far behind the United States in its recovery and on vaccinations, so that any withdrawal of support ahead of the US Federal Reserve would be seen as a danger.

Data yesterday showed the number of Americans filing new claims for unemployment benefits fell last week to the lowest level in nearly 15 months, while inflation rose to 5pc, increasing pressure on the Fed to start discussing an exit from its own extraordinary accommodation.