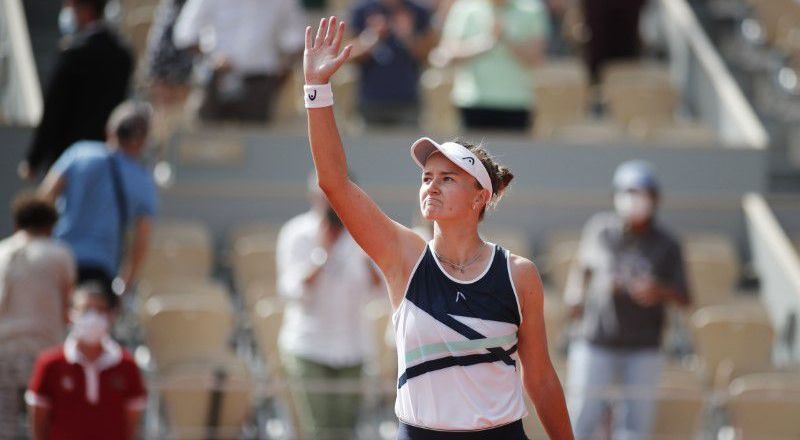 The 25-year-old is the first Czech to lift the Suzanne Lenglen Cup since Hana Mandlikova, who represented Czechoslovakia, triumphed in 1981.

Krejcikova won six games in a row to take the opening set after dropping serve in the first, before Pavlyuchenkova gained the upper hand in the second set.

The Russian had her left thigh taped at 5-2 but served it out to level at one-set all before Krejcikova broke decisively for 4-3 in the decider to extend her winning streak on clay to 12 matches.