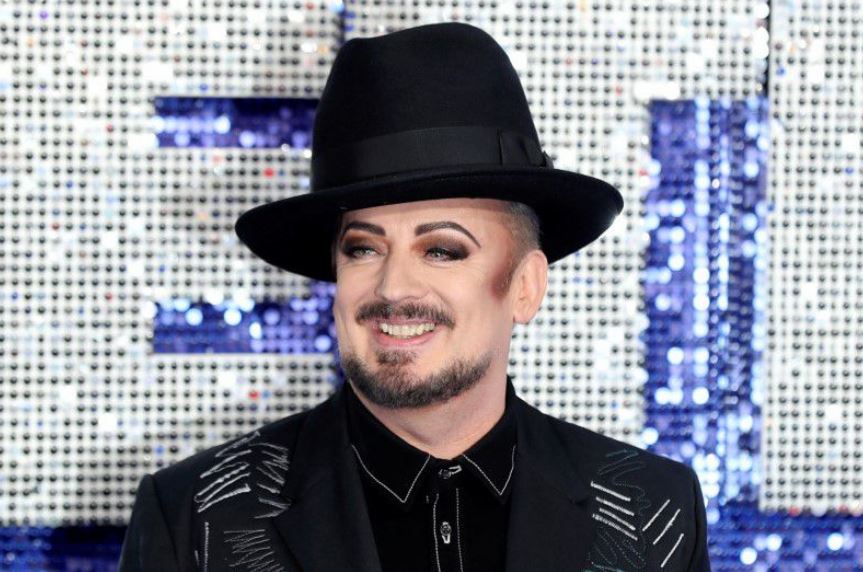 Boy George poses for a photograph during the UK premiere of the Elton John biopic 'Rocketman' in London, Britain, May 20, 2019. (Image credit: Reuters)

Culture Club frontman Boy George is looking for an actor to play him in a new music biopic due to start filming this summer.

The British singer, who turns 60 next week, launched the casting call on social media in April for the movie called "Karma Chameleon" after one of the band's 1980s hits.

George, whose real name is George O’Dowd, spoke to Reuters about the casting search, his milestone birthday and releasing new music.

Below are excerpts edited for clarity and length.

George: "It just seems ridiculous! It's like 'so what?' For me it's like there's a freedom that comes with being at this point in my life and I don't know whether that's to do with my age or because of certain things .... I think as long as you are interested in things you'll always be interesting, you know? And you're never going to be interesting to everybody. But that's their loss."

Q: You're reportedly planning to release 60 new songs to mark turning 60. What can you say about this new music?

George: "Sometimes I'm putting out the video before the song comes out, I'm doing all creative content, I'm just basically doing it guerrilla style. I'm not promoting it, I'm not saying when it's coming out, it's just going to come."

Q: You launched a casting call for an actor to play you in your music biopic. How is the search going?

George: "Obviously I'm very interested in someone else being me because I think we're all playing a role anyway, particularly us performers. We sort of create ourselves out of cardboard and glitter. We are our own inventions. And then we sort of spend our lives explaining a character that doesn't really exist. So, I think it's a really interesting time to explore who you are, why you do what you do, what's it like to be old. I think it's an amazing thing ... I've always loved old people. I'm not one yet but I'm not scared of it. Because time should make you wiser. That's a great opening line to a song."