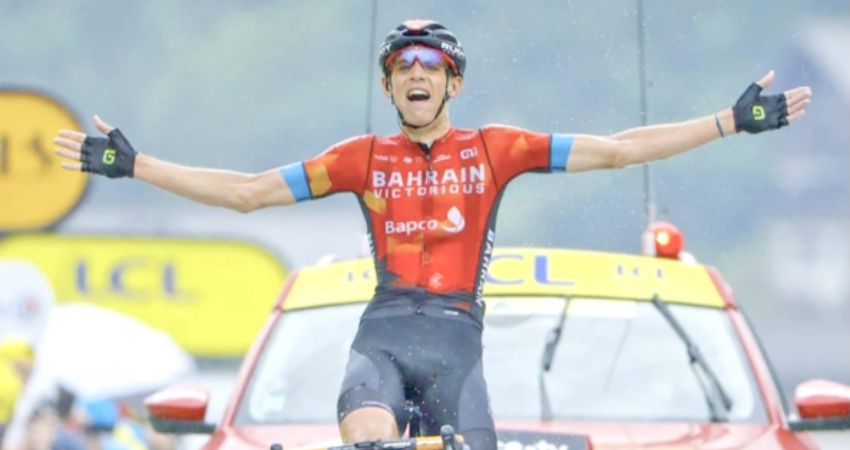 Like Mohorič, Teuns took his chance in the breakaway and attacked on Col de la Colombière before descending to the finish in Le Grand-Bornand to claim a consecutive victory for Bahrain Victorious.

Tadej Pogacar outclassed all the other GC favourites to take over from Mathieu van der Poel in the lead of the overall classification.

Bahrain Victorious raced aggressively with Mohorič, Teuns and Poels, fighting to make the day’s breakaway from the off. Poels managed to go solo and gain an advantage of a minute to take the points in the mountain classification.

Poels was caught by the rest of the break and managed to stay with Teuns to snatch more points on the rest of the climbs, moving into the polka-dot jersey and retaining it for the team.

Attacks started on the Col de Romme, with a group of 15 riders. Woods (Israel Start-Up Nation) took advantage of over 30 seconds. But it was on the Col de la Colombière when Teuns launched his attack and bridged the gap. Teuns then dropped Woods soloing to the line at Le Grand-Bornand, claiming victory.

“It’s incredible. I knew it was going to be very difficult today. I had goals, and I achieved them,” Teuns said.

“I dedicated the victory to my grandfather, who passed away just before the Tour, and I’m sure he would be proud of me.”