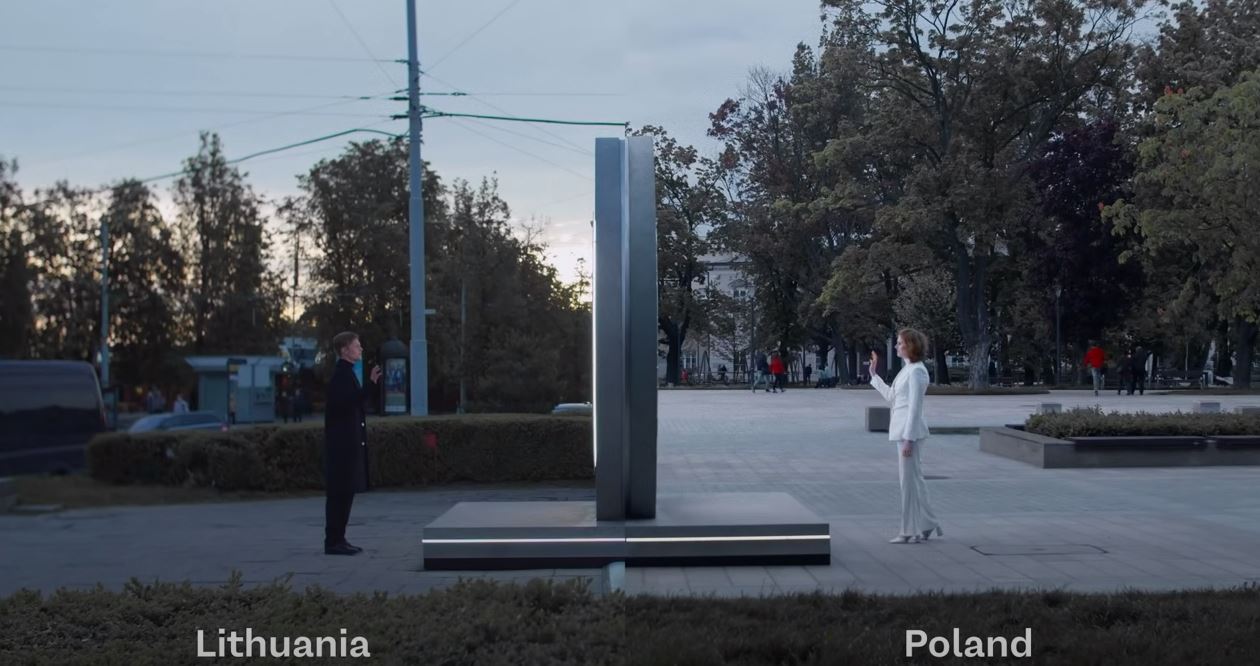 The portal connecting the cities of Vilnius in Lithuania and Lublin in Poland through a virtual live feed. (Image credit: Benediktas Gylys Foundation, YouTube)

A 'portal' has been built to connect Vilnius, Lithuania and Lubin, Poland as part of a project by the Lithuanian government to promote tourism.

The object, which looks and sounds like something out of a science-fiction novel, was designed by Benediktas Gylys, the founder of PORTAL, which is partly funded by the Vilnius government.

A unique #PORTAL 🌌 now connects #Vilnius 🇱🇹 with #Lublin 🇵🇱. This portal serves as a bridge between the two cities and a unique opportunity to connect, share and inspire people on the other side. #GoVilnius - @GoVilnius pic.twitter.com/WUQdR7vlfY

The two 'windows' have been placed in either city, and features a live feed of each street to viewers from the other city.

"It's live broadcasting from one city to another so that people could meet in real time," says Gylys in an interview with the BBC.

"It actually does look like a real portal from a movie," he continued.

Residents in either city spoke to the BBC to share their thoughts on the new technology.

Alina Gaskina, a Vilnius resident, said: "During these times when it's sometimes challenging to travel, you can actually travel virtually and interact with people virtually. So it connects people from different cities and cultures, too."

Ewelina Gac, a Lublin resident, said: "I felt a real connection between two countries--between Lithuania and Poland--and people were waving to each other, and someone even danced there."

The portal was purposely made excluding an audio function, so that the power of visuals could be felt by the residents.

"It's an invitation to communicate only in the most universal language possible or known for thousands of years, the language of the body," says Gylys.

"It is an invitation to rise above all prejucides, it's a reminder that we are all inseparably connected, flying together on a tiny spaceship called Earth," he added heartwarmingly.