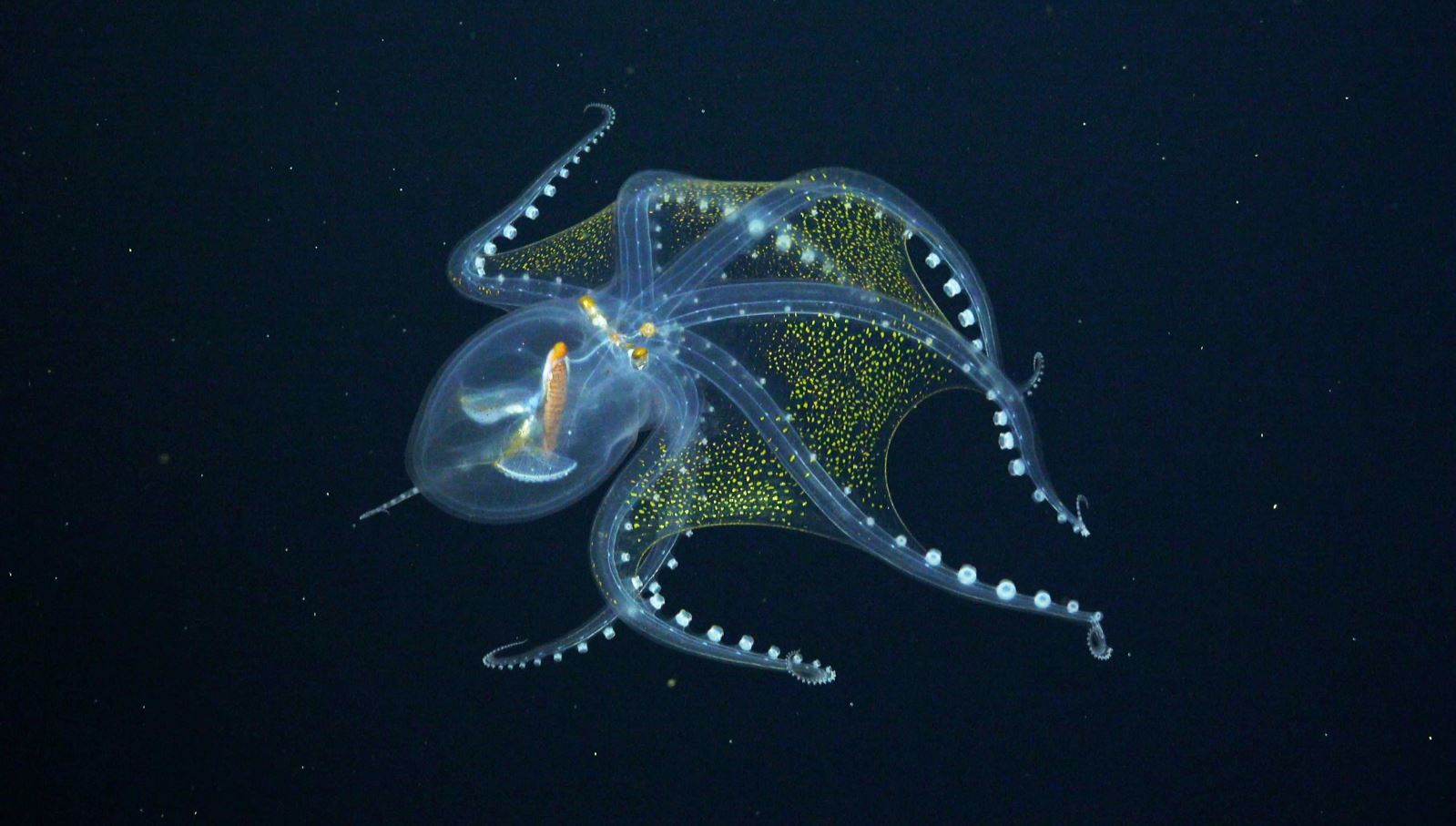 One of the glass octopuses spotted off the coast of one of the Pheonix islands in the Pheonix Island archipelago. (Image credit: Schmidt Ocean Institute)

A glass octopus or Vitreledonella richardi has been spotted by researchers of the Schmidt Ocean Institute in the coral reefs of the Pheonix Island archipelago.

The California-based institute, which used an underwater robot called Subastian to case the ocean floor, remarked that the sighting was quite rare, and the species were not seen too often.

"There is limited live footage of this creature, so scientists have mostly learned about it by studying specimens found in the gut contents of other animals," the institute said on a post they published on Instagram, accompanying a video of the creature.

"The Glass Octopus is a nearly transparent pelagic species of octopus found worldwide in tropical and subtropical latitudes. The only visible features of the octopus are its optic nerve, eyeballs, and digestive tract (the silvery piece in the middle)."

"All of these organs are oriented to minimize casting shadows from below, to keep the animal hidden from predators," they added.

Wendy Schmidt, the institute's co-founder, emphasised that “The Ocean holds wonders and promises we haven’t even imagined, much less discovered."

“Expeditions like these teach us why we need to increase our efforts to restore and better understand marine ecosystems everywhere–because the great chain of life that begins in the ocean is critical for human health and wellbeing.”