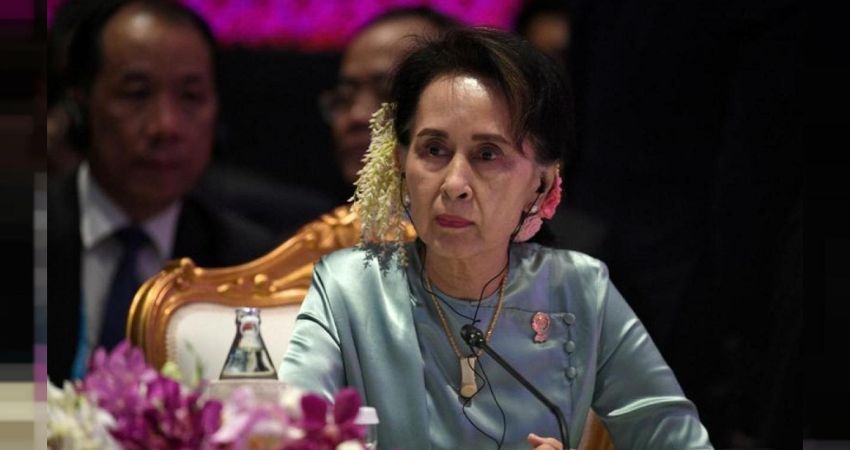 The legal team has little information about what Suu Kyi was accused of but the charges included corruption and that two were also leveled at Min Thu, a former minister in her government, lawyer Min Min Soe told Reuters.

"There are corruption charges. We do not know why do they sue? Or for what reasons? We will find out about it," she said.

The new cases could see Suu Kyi, 76, tied up in legal proceedings in three different cities.

The Nobel Peace Prize winner has been held since a Feb. 1 coup and is on trial in the capital Naypyitaw over charges that include illegal importation and possession of walkie-talkie radios and violating coronavirus protocols under a disaster management law.

She is charged also in a Yangon court, accused of unspecified breaches of the Official Secrets Act, punishable by a maximum of 14 years in jail.

Her legal team rejects all of the charges.

Chief lawyer Khin Maung Zaw said cross-examination on Monday of a prosecution witness revealed a raid on Suu Kyi's home had been carried out illegally without a warrant.

At a news conference on Monday, military spokesman Zaw Min Tun made no mention of any new charges.

Answering a question about Suu Kyi, he said she had breached the constitution when the post of state councilor was created, which he said came between the president and vice presidents in the command structure.

It was not clear if that allegation was among the new charges.

Suu Kyi is barred from the presidency due to the foreign citizenship of her children and late spouse. She served as state councilor and was de facto leader prior to her overthrow.