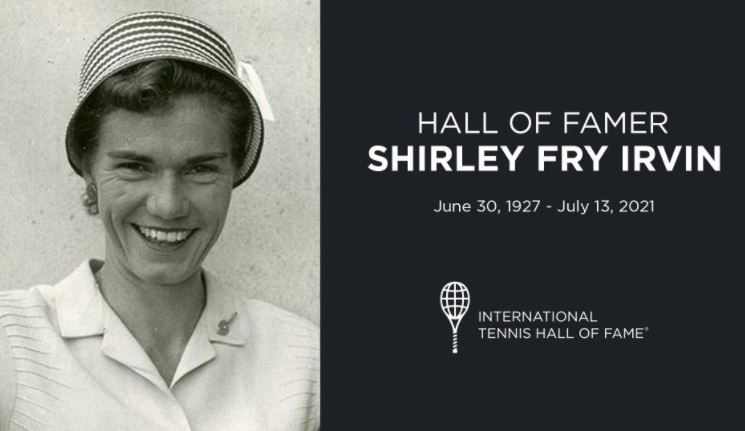 Shirley Fry Irvin, one of 10 women to have won the singles titles at all four Grand Slams, has died aged 94, the International Tennis Hall of Fame said in a statement.

The American passed away in Naples, Florida on Tuesday.

Fry won her first Grand Slam singles title at the French Open in 1951, before winning at Wimbledon and the U.S. Open in 1956, and the Australian Open the following year.

The former world number one, who also won 12 Grand Slam doubles titles and a mixed doubles title, was inducted into the Hall of Fame in 1970.