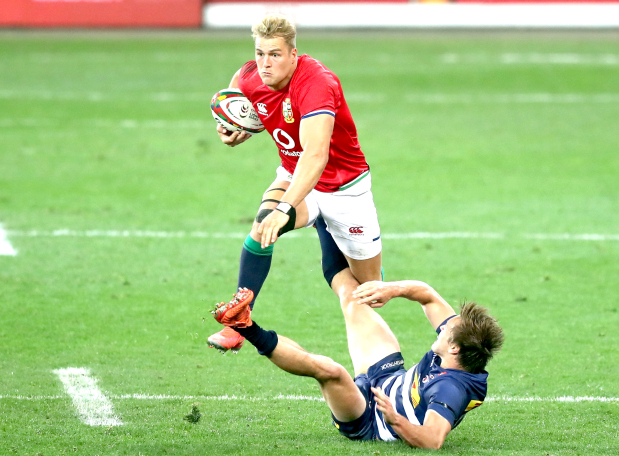 CAPE TOWN: British & Irish Lions flyhalf Dan Biggar believes that unless his side front up to the physicality of world champions South Africa the three-match Test series will be lost even before the first game kicks off in Cape Town on Saturday.
The Wales international said South Africa’s gameplan stems from winning the physical battle and if they get on the front foot they will be hugely difficult to stop.
He also dismissed the idea that a big pack of forwards and a reliance on kicking from the hand is ‘boring’.
“We would all take the style of play they use if you get a World Cup winners’ medal at the end of it,” Biggar told reporters on Monday.
“They are heavily reliant on set-piece and getting on the front foot in terms of their forward carriers off nine (scrumhalf).
“The amount of kicks on Saturday is going to be pretty high because of what they want you to do, which is to make errors in your own half, as that allows them to have territory and get into that power game,” he added.
Biggar said the Lions were quite clear about what they will face on Saturday, but knowing your enemy and stopping them were two different things.
“You know everything they are going to throw at you but if they do it well, or you are a little bit off and lose a few collisions, it is very difficult to get back on top of them.
“That momentum for them is huge, so it is about staying in the arm-wrestle as long as possible and not giving them anything cheap.
“You have got to match it. If you don’t you will be in trouble and will get over-run. Hopefully there is an opportunity for us to move the ball a little bit, but first and foremost it will be about playing in the right areas and then taking our chances.”
Biggar also had high praise for his opposite number Handre Pollard, who is back from Covid-19 isolation and likely to start at the weekend.
“He is an incredibly talented player. For me they are a different team if he plays. He is in his pomp at the minute. I know he has had a bad injury and not played a lot (recently), but with him in the side they offer a running threat from 10 (flyhalf), a solid defence and a brilliant kicking game.
“We are preparing as if he is going to be playing because we realise how important he is to South Africa.”