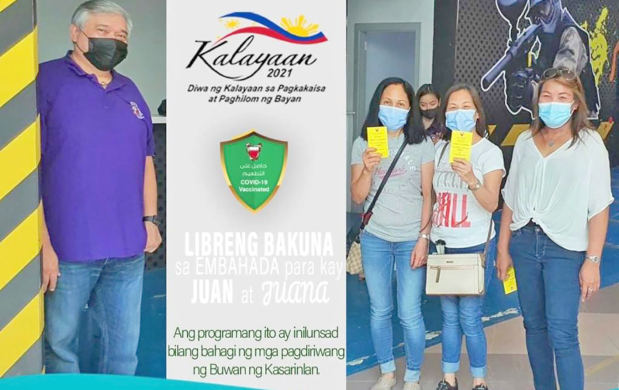 Mr Ver, left, with a group of undocumented Filipinos who got the yellow vaccination book after receiving the Covid-19 jab as part of the embassy campaign
A total of 151 undocumented Filipino workers have been double-jabbed as part of a campaign to target vulnerable groups.This was announced by the Philippines Embassy in a statement in which it revealed that 151 of its nationals received the second dose of AstraZeneca vaccine during special sessions at Sitra Mall .