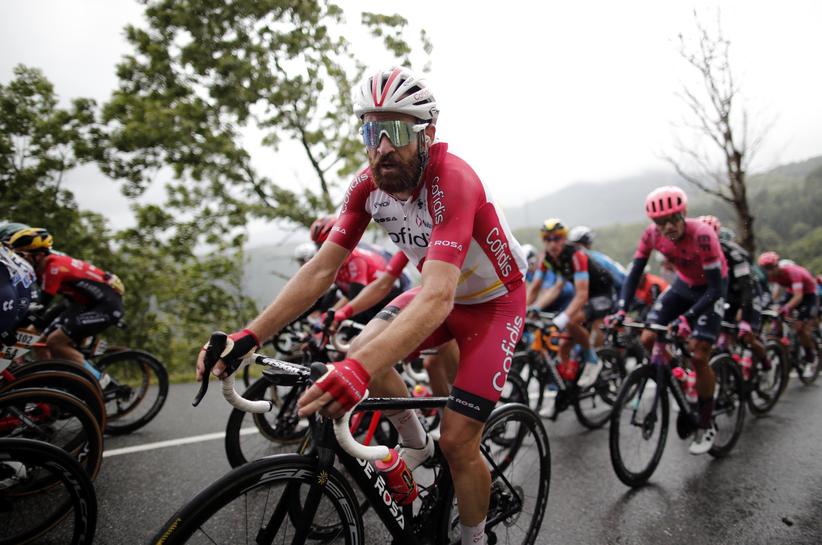 Geschke was staying with the entire road race team at a hotel with team mates outside the Olympic village.

All 12 other German cyclists and team officials, who are also staying there during the Games, had previously tested negative and will undergo further tests.

“That is really bitter, to be taken out of the competition shortly before the race,” the 35-year-old said. “I followed all the health rules as best as I could. Physically I feel good but emotionally this is a dark day for me.

“Now all I have left is to wish the boys tomorrow a very strong race,” he said.

His room mate, Emanuel Buchmann, who had previously tested negative, will undergo a further PCR test before being cleared to race.

Teammates Niklas  Arndt and  Maximilian Schachmann  are eligible to start, the team said.

This would have been Geschke’s second Olympic Games after Rio de Janeiro, where he finished 13th in the time trial but did not finish the road race.

The Spanish team also suffered a Covid-19 scare on the eve of the 234km race when a masseur tested positive for Covid-19, prompting a panicky bout of testing for the riders.

Jose Luis Lopez Cerron, president of the Spanish Cycling Federation, said the five-man team would start the race having given negative results.

“They have confirmed to us that they can ride. We have received great news after the initial scare, we hope that our masseur is well,” he told Spanish daily Marca.