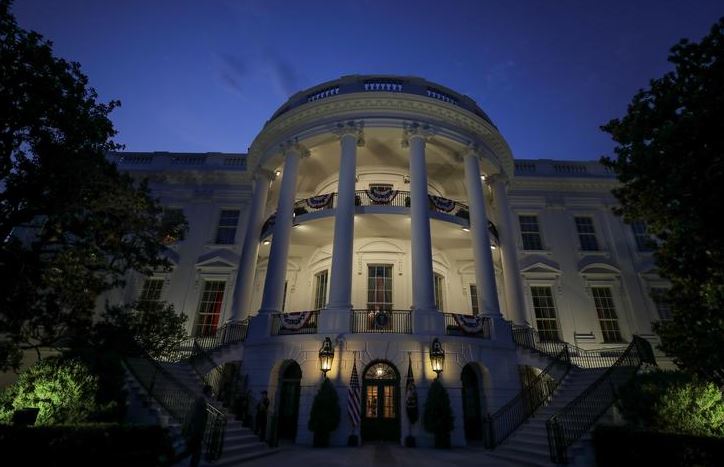 : The South Portico and residence of the White House are illuminated before U.S. President Donald Trump and first lady Melania Trump emerged to watch the Washington, D.C. fireworks display from the Truman Balcony while celebrating the U.S. Independence Day holiday at the White House in Washington, U.S., July 4, 2020 via Reuters

A shallow earthquake of magnitude 8.2 struck the Alaska Peninsula late on Wednesday, prompting tsunami warnings in the region, authorities said.

There were no immediate reports on loss of property or life.


In Alaska, the National Tsunami Warning Centre issued warnings for southern parts, the Peninsula, and Pacific coastal areas from Hinchinbrook Entrance to Unimak Pass. It also issued a "tsunami watch" for the U.S. state of Hawaii.

The Pacific Tsunami Warning Centre said the possibility of a tsunami threat to the U.S. state of Hawaii and the U.S. Pacific territory of Guam was being investigated.

Japan's Meteorological Agency was investigating whether there was a possibility of a tsunami hitting Japan, the public broadcaster NHK said.

Authorities in New Zealand also said they were assessing if there was any danger to coastal regions.


The U.S. NTWC said it was evaluating the level of tsunami danger for other U.S. and Canadian Pacific coastal areas.

The tremor struck about 91 km east-southeast of Perryville in Alaska. It was about 800 km from Anchorage, Alaska's biggest city. It was followed by seven aftershocks, two of them above magnitude 6.0, according to USGS.