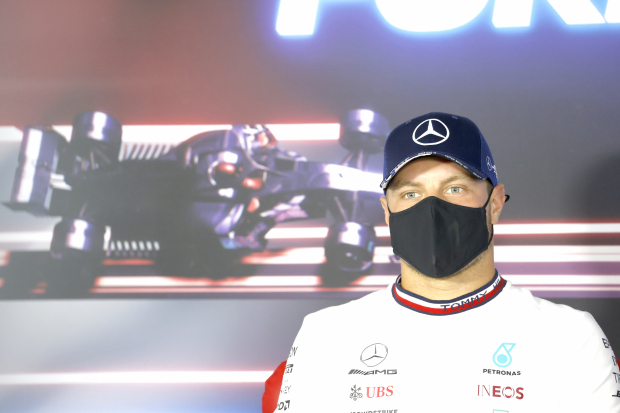 BUDAPEST: Valtteri Bottas knocked Formula One championship leader Max Verstappen off the top of the timesheets to set the pace ahead of Mercedes team mate Lewis Hamilton on a sweltering opening day of practice at the Hungarian Grand Prix.

The Finn lapped the 4.3-km long Hungaroring track in one minute, 17.012 seconds on a day that track temperatures climbed above 60 degrees Celsius.

Hamilton was hot on his heels ending up just 0.027 seconds off the Finn’s benchmark with title rival Verstappen, who had topped the opening session of practice ahead of the Mercedes pair, 0.298 seconds adrift in third.

“Honestly, it feels like being in a Finnish sauna,” joked Bottas after the session. “It’s good to see that most likely we’re going to be in the fight for the pole tomorrow. So that’s really motivating.”

Hamilton heads into the weekend gunning for a landmark 100th career win and record ninth in Hungary.

Trailing Verstappen by just eight points in the overall standings, victory ahead of the Red Bull driver tomorrow and a fastest lap will see him head into Formula One’s month-long summer break level on points with the 23-year-old.

“To see Valtteri and I both on the front row pace wise, I think that’s great for the team and we’ll only improve on that,” said the Briton, who said he had lost three kilos of weight over the day’s two hour-long sessions.

“Got some work to do tonight to try and see how we can finesse the car a little bit more but it’s a good start.”

Verstappen, whose rivalry with Hamilton has grown more tense following the pair’s collision that sent the Red Bull driver crashing out of the last race in Britain and put him in hospital, appeared to have the early advantage. But his speed wilted in the Hungarian heat.

“It’s nothing too big to overcome,” Verstappen told the Formula One website.

“A lot of things to look into. But nothing shocking.”

Esteban Ocon ended the second session fourth for Alpine. Team mate Fernando Alonso, who celebrated his 40th birthday on Thursday, was seventh at the track where he scored his first Formula One win in 2003.

Yuki Tsunoda completed just three laps in his AlphaTauri in the afternoon. The Japanese rookie had spun into the barriers in the opening session, bringing out a brief red flag, with his mechanics spending much of the second hour of running carrying out repairs.