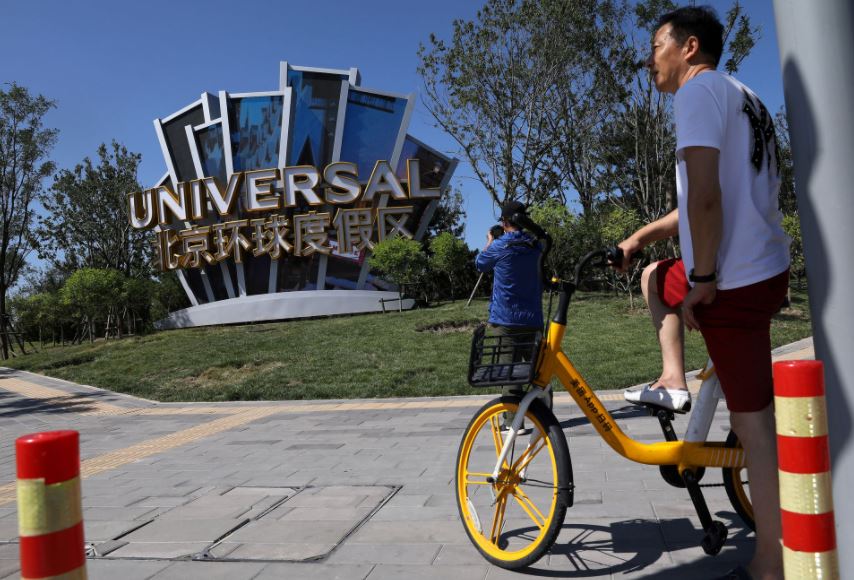 A man rides a bike of a bike-sharing service near a giant sign Universal Beijing Resort, ahead of its opening, in Beijing, China August 27, 2021. (Image credit: Reuters)

Universal Studios announced the development of the resort - the world's fifth Universal Studios-branded theme park - in 2014, saying at the time it would cost $3.3 billion.

Its opening date has been postponed for several months due to the coronavirus pandemic, local media said.

In addition to rides, shows and attractions, hotels, and a retail, dining and entertainment complex, it will include experiences designed to reflect China's cultural heritage, Universal said on its website.

Beijing Shouhuan Cultural Tourism Investment is owned by five Beijing state-owned companies, including Beijing Tourism Group, one of the country's biggest tourism firms, according to the park's website.