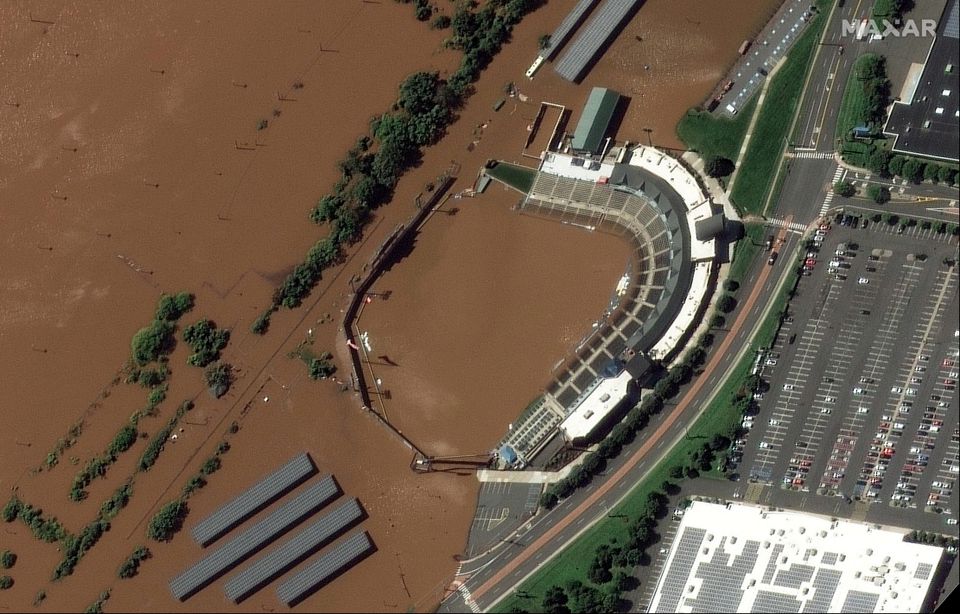 Officials in New York and New Jersey said on Friday that improvements to infrastructure were needed to deal with extreme weather events after flash flooding from Hurricane Ida caught the U.S. Northeast off guard, killingat least 46 people.

Ida struck the Gulf coast Sunday as a Category 4 storm and marched northward through the eastern United States, culminating in high-intensity rains and fast-rising floods in Pennsylvania, New Jersey, Connecticut and New York on Wednesday night.

Thousands of people were stranded in their homes or cars and rescued by emergency responders or neighbours in rafts and life boats. Many are now coping with water-logged basements, power outages and damaged roofs as officials assess the damage.

On Friday New York Governor Kathy Hochul said that people should expect extreme weather to occur with increasing frequency - a phenomenon scientists have for years been attributing to global warming and climate change - and that government needed take more aggressive action to save lives.

"Some people have called this a 500-year event. I don't buy it," said Hochul. "No longer will we say, that won't happen again in our lifetime. This could literally happen next week."
Officials have confirmed 16 fatalities in New York, 25 in New Jersey, four in Pennsylvania and the death of a state trooper in Connecticut.

Hochul said deaths from Ida have shown the weaknesses in the state's disaster notification system, including a lack of notifications in different languages.

She added that a portion of New York's population might not own a cellphone, making them particularly vulnerable during dangerous weather events.

Hochul also pointed to mass flooding in New York City's subways that was captured in videos shared widely on social media. She announced a task force to evaluate the response to Ida and come up with measures to address shortcomings.

"For those who live in New York City in particular, it's about building more resiliency around those subways," Hochul said. "I don't ever want to again see Niagara Falls rushing down the stairs in one of the New York City subways."

New York City Mayor Bill de Blasio on Friday announced a series of initiatives to tackle extreme weather events, including a more aggressive use of travel bans to get residents off the street ahead of a storm and evacuations to help people living in vulnerable spaces like basement apartments.

De Blasio estimated there were tens of thousands of basement apartments in the city in violation of building codes.

"We are now going to be speaking to people living in basement apartments - specific messages, specific cell phone alerts - telling people about the vulnerabilities they face in this kind of rain events," de Blasio told a news conference.

President Joe Biden was scheduled to travel to Louisiana on Friday to meet with Governor John Bel Edwards and survey damage wrought by Ida, which left residents there scrambling for water, food and basic services, with more than 800,000 households still without power.

The hurricane, which made landfall in Louisiana on Sunday, may ultimately claim more lives in the Northeast, where flash flooding caught residents off guard, causing some to perish in their basements and others to drown in their cars.

Multiple homes and a banquet hall in Manville, New Jersey, burned to the ground after igniting on Thursday night and early Friday morning, according to local news reports.

Drone footage posted on social media on Thursday by a local fire monitoring service showed one house on fire next to the rubble of a burned-down building, surrounded by flood waters that made it impossible for fire trucks to reach the area.

New Jersey Governor Phil Murphy acknowledged that his state has "a lot more work to do" on climate resilience, although he stressed that some steps have already been taken, including $1.5 billion investments in water infrastructure over the past three years and $22 million earmarked for flood-resilience projects.

"That's really good progress but it's quite clear we have a lot more work to do," Murphy told a news conference in Millburn, a suburban town west of Newark that was hit hard by flooding. "This was a deadly and dangerous storm and we continue to face its after-effects."

Murphy announced $10 million in state grants to help small businesses hit by the storm and echoed Hochul in flagging expected federal assistance in the form of funds and equipment after Biden approved an emergency declaration for both states.