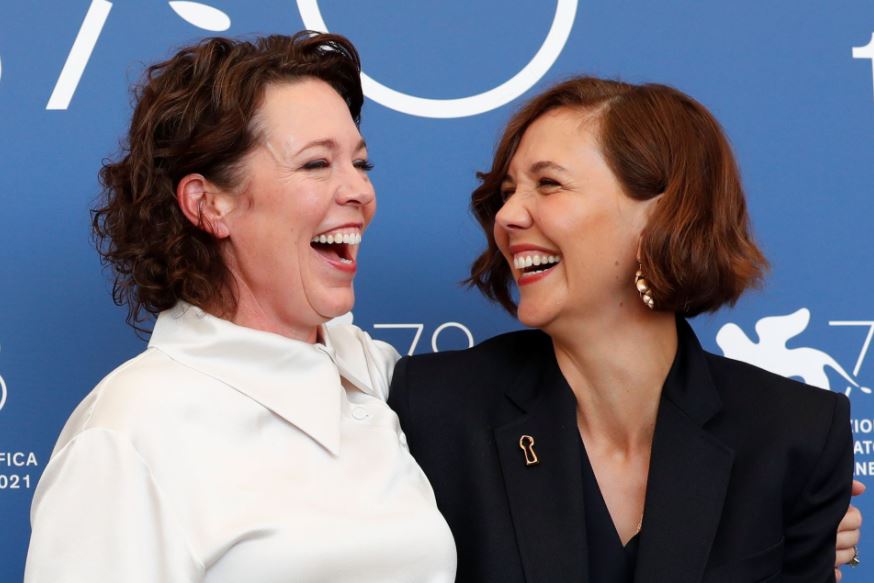 Maggie Gyllenhaal picked an unconventional novel about motherhood for her debut as a director in "The Lost Daughter", which premiered at the Venice Film Festival on Friday.

In the film, Olivia Colman plays Leda, a middle-aged British literature professor vacationing on her own in Greece who becomes transfixed with a young mother (Dakota Johnson) and her daughter on the same beach.

Watching them makes Leda dwell on her own emotional conflicts as the mother of two young daughters years before and the guilt-ridden decisions she made to be able to live her life.

The script is adapted from the eponymous 2006 book by Elena Ferrante - a pseudonym of the notoriously secretive Italian author best known for her Neapolitan novels with whom Gyllenhaal only corresponded by letter.

Gyllenhaal said that at first when she read the book she thought the protagonist was mentally damaged but then realised how she could relate to her.

"I realised that many people have this experience and nobody talks about it. These are secret truths about a feminine experience," she told reporters after a press screening.

"I think that I would be really shocked to hear that there was one mother who hadn't once thought, what if I walked out the door?"

Making the movie was an epiphany for the Oscar-nominated actress, who comes from a family of film makers and is married to fellow US actor Peter Sarsgaard, who also stars in the film.

"I think I've always been a director and I just didn't feel entitled to admit it to myself," she said. "I think it's a better job for me actually."

Colman said she had relished the prospect of playing someone who at times does something awful.

"All people want to be one person, turns out they're not that person and they're probably someone else," she said. "It was intriguing to play a character who does something that I wouldn't do, although you do sometimes think about it."

"The Lost Daughter" is one of 21 films vying for the Golden Lion top award at the Venice festival, which runs through September 11.