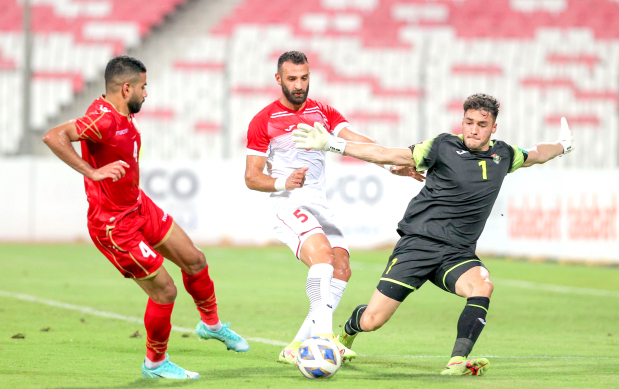 Bahrain went down 1-2 to Jordan in a friendly held at the National Stadium in Riffa yesterday.

Jordan opened scoring in the 15th minute through Ali Alwan to lead 1-0 at half time. They went up 2-0 immediately after the interval when Baha Faisal found the net in the first minute of second half.

Bahrain reduced the margin two minutes into overtime when Mohammed Marhoon scored from the penalty mark.

Led by coach Helio Sousa, Bahrain are stepping up preparations for the 2021 Arab Cup, which will be held in December. Bahrain are drawn in Group A, along with Oman, Iraq and hosts Qatar. Sixteen Arab national teams will take part in the tournament.