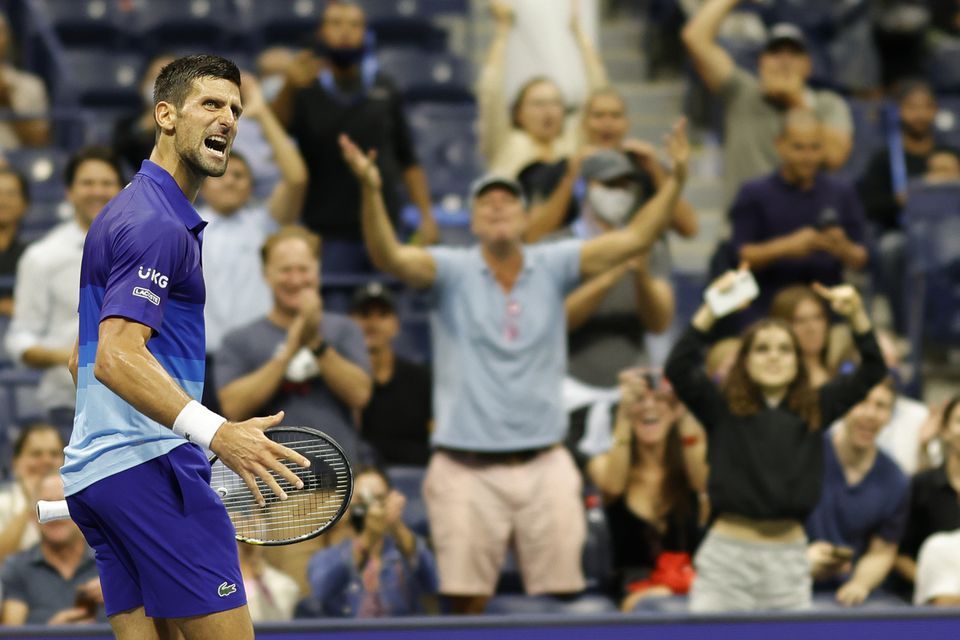 World number one Novak Djokovic saw off Matteo Berrettini in the quarter-finals of the US Open on Wednesday then swatted away questions about his bid to become the first man since Rod Laver in 1969 to sweep all four majors in the same calendar year.

Djokovic overcame a slow start against the Italian sixth seed before wrapping up a 5-7 6-2 6-2 6-3 victory and moving a step closer to his 21st Grand Slam title.

The Serb, who will take on German fourth seed Alexander Zverev in the semi-finals, cut off Patrick McEnroe when he edged towards the subject in an on-court interview.

"You don't have to ask me anything about that," said Djokovic. "I don't want to think about it, I know it's there, just focusing on the next match and let's go step-by- step."

He was also determined not to talk about it in the post-match new conference.

"I have had enough of answering that. I just said millions of times that, of course, I'm aware of the history, of course it gives me motivation," said the 34-year-old.

"If I start to think about it too much, it burdens me mentally. I want to really go back to the basics and what really works for me mentally."

Djokovic, tied with Roger Federer and Rafa Nadal on 20 majors, acknowledged he was in a unique position but added that he expected a battle against Zverev, who denied him a shot at a "Golden Slam" by winning their Tokyo Olympics semi-final.

"These are the hurdles that I need to overcome in order to get to the desired destination ... but I know what works for me to win just the next match," he said.

"So that's the reason why I stopped Patrick ... let's talk about it (making history) hopefully on Sunday."