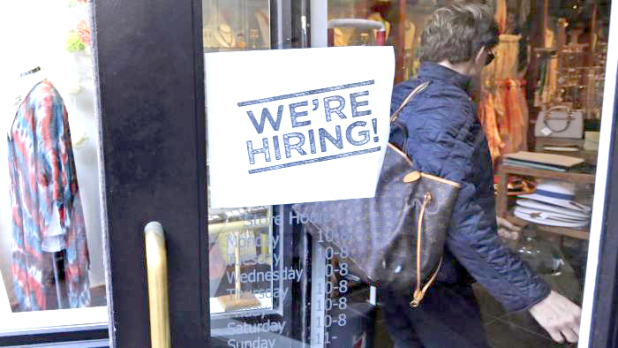 WASHINGTON: The number of Americans filing new claims for jobless benefits fell to the lowest level in nearly 18 months last week, offering more evidence that job growth was being hindered by labour shortages rather than cooling demand for workers.

The weekly unemployment claims report from the Labor Department yesterday, the most timely data on the economy’s health, also showed the number of people on state unemployment rolls plunging to levels last seen in mid-March 2020 when the economy was reeling from mandatory shutdowns of nonessential businesses to slow the first wave of Covid-19 cases.

The continued downward trend in layoffs followed on the heels of a report on Wednesday showing job openings raced to a new record high in July, indicating a tightening labour market, which some economists argued could put pressure on the Federal Reserve to announce when it would start scaling back its massive monthly bond-buying program. Fed Chair Jerome Powell has offered no signal on when the US central bank plans to cut its asset purchases beyond saying it could be “this year.”

Initial claims for state unemployment benefits dropped 35,000 to a seasonally adjusted 310,000 for the week ended Sept. 4, the lowest level since mid-March 2020. Economists polled by Reuters had forecast 335,000 applications for the latest week.

The second straight weekly decline in claims came even as filings surged in Louisiana after Hurricane Ida devastated US offshore energy production and knocked off power. There were also notable increases in California, Virginia and Michigan. But those rises were offset by big decreases in claims in Florida, Georgia, New York, Missouri and Tennessee.

Claims have dropped from a record 6.149 million in early April 2020. They are closing in on the upper end of the 200,000-250,000 range viewed as consistent with healthy labour market conditions.

Stocks on Wall Street were trading higher. The dollar dipped against a basket of currencies. US Treasury prices rose.

The continued downward trend in claims suggested the labour market was holding up, despite a resurgence in infections, driven by the Delta variant of the coronavirus.

Rising cases contributed to holding back job growth in August, with nonfarm payrolls increasing only 235,000, the smallest gain since January. Payrolls surged 1.053m in July.

Job openings surged to a record 10.9m at the end of July. Labour market tightness was underscored by the Fed’s Beige Book report on Wednesday, based on information collected on or before August 30, which showed “all Districts noted extensive labour shortages that were constraining employment and, in many cases, impeding business activity.”

About 8.4m people are officially unemployed. This labour market imbalance has been blamed on lack of affordable childcare, fears of contracting the coronavirus, generous unemployment benefits funded by the federal government as well as pandemic-related retirements and career changes.

There is cautious optimism that the labour crunch will ease starting in September following the expiration of the government-funded unemployment benefits on Monday, including a $300 weekly subsidy, blamed by businesses and Republicans for discouraging the jobless from seeking work.