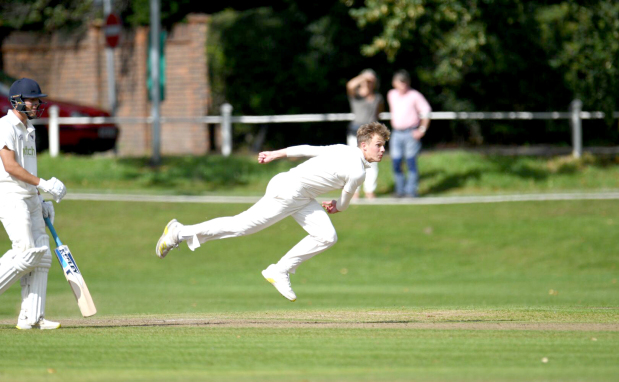 A FORMER student of St Christopher’s School Bahrain is set to play in the England and Wales Cricket Board National Club Championship final in the UK tomorrow.

George Axtell, aged 19, who plays for the Bath Cricket Club, said he was thrilled to be competing in the Royal London sponsored Cup Championship that will be held on Sir John Paul Getty’s private estate at Wormsley Cricket Club.

“It’s a good feeling,” the Bath University student, who played with the Awali Taverners in Bahrain, told the GDN.

He also represented the Bahrain Under-19 team in both Malaysia and Thailand.

This is his first year with the club and said both captain Sam Mount and coach Paul Muchall had been very encouraging.

“The club is superb with everyone supporting each other,” he said.

“And to reach this stage for the first time in more than 15 years is special for the club.”

The competition started off with the top 128 teams in the UK and is run as a knockout.

Bath, who have never won this competition before, play in the Premier Division of the West of England Premier League (WEPL).

In the quarter-finals, the squad visited Weybridge. Despite losing several players to county call-ups, Bath secured a 74-run victory.

The semi-final victory was secured against Essex representatives Brentwood, a side perpetually in the latter stages of national competitions.

Bath posted a competitive total of 254 after being asked to bat first.

The final will be played against Sandiacre Cricket Club from Derbyshire.

“If we win the final, we will play a game against a side from the Marylebone Cricket Club (MCC) at Lord’s which would be amazing, but we are only focused on the final.”