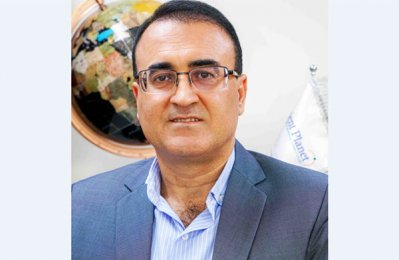 The economies of the GCC countries will witness a significant increase of 14.51 per cent this year, said a  report released by Orient Planet Research (OPR), the market research unit of the Orient Planet Group (OPG).

The nominal gross domestic product (GDP) of the six Gulf countries, which together constituted about 60 per cent of the total Arab region’s GDP in 2020, is projected to return to positive growth in 2021, according to the report titled “GCC Countries Macroeconomic Indicators 2021”released in partnership with information and communications technology (ICT) expert and independent researcher Abdul Kader Al Kamli.

Citing the International Monetary Fund’s (IMF) projections, the report noted an economic turnaround for the GCC -- estimating that the region’s 2021 nominal GDP will be worth $1.61trillion from last year’s $1.41 trillion. The region experienced negative nominal GDP growth of 14.18 per cent in 2020 after reeling from the impact of the COVID-19 pandemic and subsequent steep oil price decline.

Nidal Abou Zaki, Managing Director of OPG, said: “GCC economies will experience growth this year, with the same trend carrying over until 2022. The continuous rollout of the member countries’ COVID-19 vaccine programs, coupled with their economic diversification and sustainability policies, will be fundamental to their fast recovery and resiliency. Additionally, expectations of sustained increase in global oil demand, improving consumer demand and gradual but steady resumption of key economic activities, including in the tourism and hospitality sectors, will fuel their overall positive growth.”

Al Kamli said: “The outlook on the region is upbeat as shown by the ‘GCC Countries Macroeconomic Indicators 2021.’ The significant growth projections mirror the global community’s strong confidence in its ability and seriousness to turn the impact of the pandemic around. Moreover, mega global events like Expo 2020 Dubai will bolster economic activities in the UAE, which will highly likely influence the overall region’s global standing in terms of economic performance despite the pandemic.”

The new report also showed uneven individual growth estimates for all Gulf nations. Saudi Arabia is seen this year to register a high nominal GDP increase of 14.75 per cent amounting to $805billion from last year’s $701billion. The Kingdom is largely dependent on its oil-based economy, accounting for about 20 per cent of the world’s oil reserves. It is also the only Arab country that is a part of G20, an economic forum consisting of 20 of the world’s largest economies, including the European Union.

Oman is seen to experience a nominal GDP growth of 6.97 per cent during the same period amounting to $79billion, while Bahrain’s nominal GDP growth forecast stands at 3.78 per cent to reach $39 billion.
The new ‘GCC Countries Macroeconomic Indicators 2021’ also examines the pandemic’s effects on the GCC’s population in 2020 amid reports of expatriate exodus. The exit of a large number of foreign workers was a direct result of job losses arising from slow economic activities and closure of some businesses in the region.

The report’s data is based on the recent analysis published by international companies such as the S&P Global Ratings, which stated that the overall population of the six GCC states declined by about 4 per cent in 2020 to 55,760,630 from 57,812,315. – TradeArabia News Service