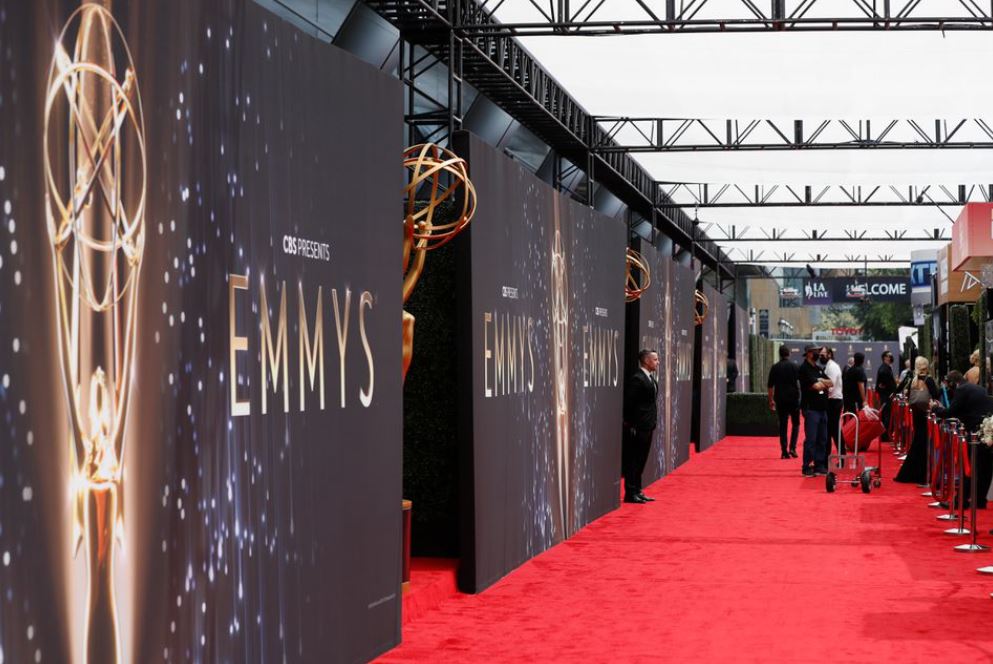 A general view shows the red carpet ahead of the 73rd Primetime Emmy Awards in Los Angeles, US, September 19, 2021. (Image credit: Reuters)

The television audience for Sunday's Emmy Awards reached 7.4 million viewers, according to data released by broadcaster CBS, up some 16 per cent from last year's record low.

A year ago, when the ceremony was held virtually because of the coronavirus pandemic, the audience for the highest awards in television slumped to 6.4 million viewers.

CBS said Sunday's TV audience was the largest since 2018. The figure does not include those who watched outside home, or in bars and restaurants.

Viewership for all award shows has been dropping for years. The recent high for the Emmys was in 2013, when some 17.7 million people tuned in.

Netflix also tied the all-time record for the most Emmys in a single year with 44.

Shows on mainstream networks CBS, ABC, NBC and Fox were all but shut out, with the exception of NBC sketch show "Saturday Night Live".

Sunday's ceremony in Los Angeles marked a return to an in-person celebration and a red carpet, albeit with a reduced number of celebrities and guests because of the ongoing pandemic.