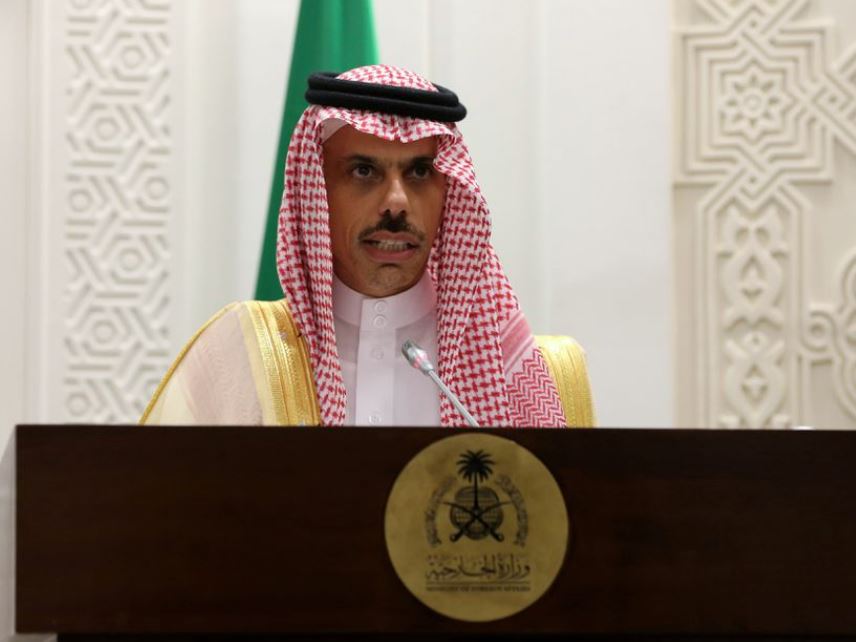 Saudi Arabia confirmed on Sunday it had held its first round of direct talks with Iran's new government last month, part of a process begun earlier this year to reduce tension.

Three rounds of Saudi-Iranian talks were held in Iraq in the months before Iran's new hardline president, Ebrahim Raisi, took office in August.

He did not give the location of the meeting. The date coincides with a speech by Raisi at the UN General Assembly in New York.

"These discussions are still in the exploratory phase. We hope they will provide a basis to address unresolved issues between the two sides and we will strive and work to realise that," he told a joint news conference.

Riyadh and Tehran have both said they hope the talks can ease tensions, although, Iran did not immediately comment on the September 21 round of talks.

Riyadh has said it would judge the government of Raisi by the reality on the ground.

Former US President Donald Trump abandoned the agreement under which Iran had accepted curbs to its nuclear programme in return for the lifting of sanctions. Tehran responded by violating some of its terms.

Indirect talks involving the United States and Iran on reviving that pact were put on hold in June and have yet to resume under Raisi. Western powers have urged Iran to return to the negotiations.

Prince Faisal was speaking during a visit to Riyadh by EU foreign policy chief Josep Borrell, who said he had briefed his partners on the prospects for restarting the nuclear talks.