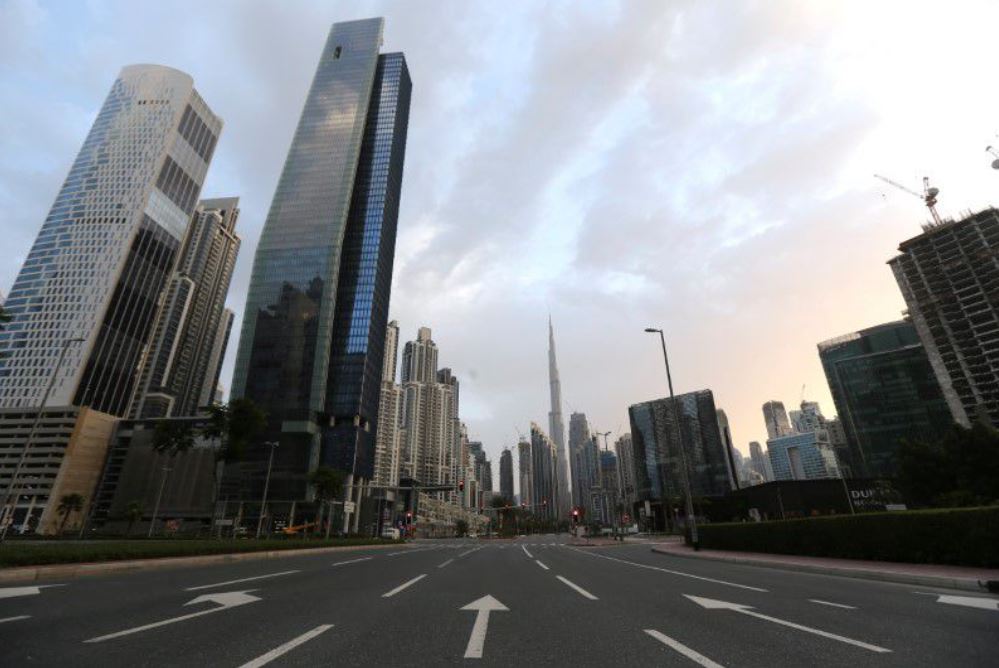 A general view of Business Bay area, after a curfew was imposed to prevent the spread of the coronavirus disease, in Dubai, United Arab Emirates, March 28, 2020. (Image credit: Reuters)

The United Arab Emirates government is expected to begin marketing its first bond as a federation as soon as this week, a transaction denominated in US dollars, four sources familiar with the matter said on Sunday.

The UAE federal government has never issued bonds before, although several of the seven emirates that it comprises have, including the capital Abu Dhabi and commerce hub Dubai.

The UAE government media office and finance ministry did not immediately respond to emailed requests for comment from Reuters.

First Abu Dhabi Bank declined to comment, while the other banks did not immediately respond to comment requests.

Two sources said they expected it to be a multi-billion dollar deal, a transaction of benchmark size.

The government issued a law in 2018 permitting the federal government to begin issuing sovereign debt.

On Thursday, ratings agency Moody's assigned the UAE a provisional Aa2 rating, in line with Abu Dhabi's, for its new global medium-term note programme, which it said may be denominated in various currencies and have different maturities.

The UAE is widely expected to also use the programme to issue bonds denominated in dirhams, a goal long held by authorities to deepen the country's financial markets.