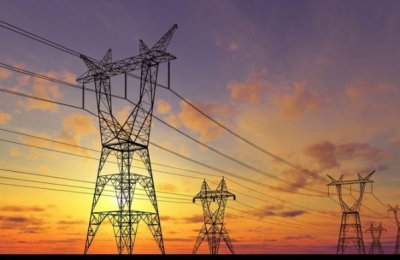 Saudi Arabia and Egypt yesterday (October 5) signed contracts with three consortiums of international and local companies to connect the two nation’s power grids in a project worth $1.8 billion.
The electric grid interconnection project between the two countries aims to exchange electrical capacities amounting to 3,000 megawatts (MW) with a 500 kV HVDC technology.
The project consists of the construction of three high-voltage substations, the East Madinah Station, the Tabuk Station in the Kingdom, and the Badr Station in East Cairo, linked by overhead transmission lines with a length of about 1,350 m and marine cables in the Gulf of Aqaba with a length of 22 km. It is scheduled to be operational in 2024.
Saudi Electricity Transmission Company signed an agreement with Hitachi ABB Power Grids and Saudi Electrical and Mechanical Services consortium for setting up a transformer station on Tabuk, Madinah and Badr land area, while Egyptian Electricity Transmission Company sealed the deal with Hitachi ABB Power Grids and Orascom Constructions consortium to implement two transformer stations on the Egyptian side.
As for the implementation of overhead lines on Saudi lands, a contract was made with the National Contracting Company, and for the lines in Egypt, a contract was signed with the China Power Engineering Alliance - Giza Cables Industry - Xi'an Electrical Engineering.
This comes in line with the ambitious plans of both countries to expand its reliance on renewable energy resources.
This connection represents a safety valve for the two grids in facing the instable nature of renewable energies in general and provides huge investments to address any of these impacts, reported
Saudi Press Agency (SPA).
The agreements were signed by Khaled bin Hamad Al Qunun, CEO of the Saudi Electricity Company, and Sabah Mohamed Mashali, chairperson and managing director of the Egyptian Electricity Transmission Company in the presence of Saudi Energy Minister Prince Abdulaziz bin Salman bin Abdulaziz and Egyptian Minister of Electricity and Renewable Energy Mohammed Shaker Al Markabi and Minister of International Cooperation and Rania Al Mashat.
"Reaching this important stage of the projects is a coronation of directives of the two countries' leaderships, which push for enhancing solid brotherly relations and instilling deep-rooted and distinguished ties between them," remarked Prince Abdulaziz.
Al Markabi said the project was a result of deep-rooted Egyptian-Saudi ties throughout history, citing the directives of both countries' leaderships and ensuring the entrepreneurship of Cairo and Riyadh in realizing economic and social goals of countries of the entire Arab world.
With regard to the aerial connection in Madinah city in Saudi Arabia, a contract was signed with Hyundai for Construction and Engineering Works, it added.-TradeArabia News Service