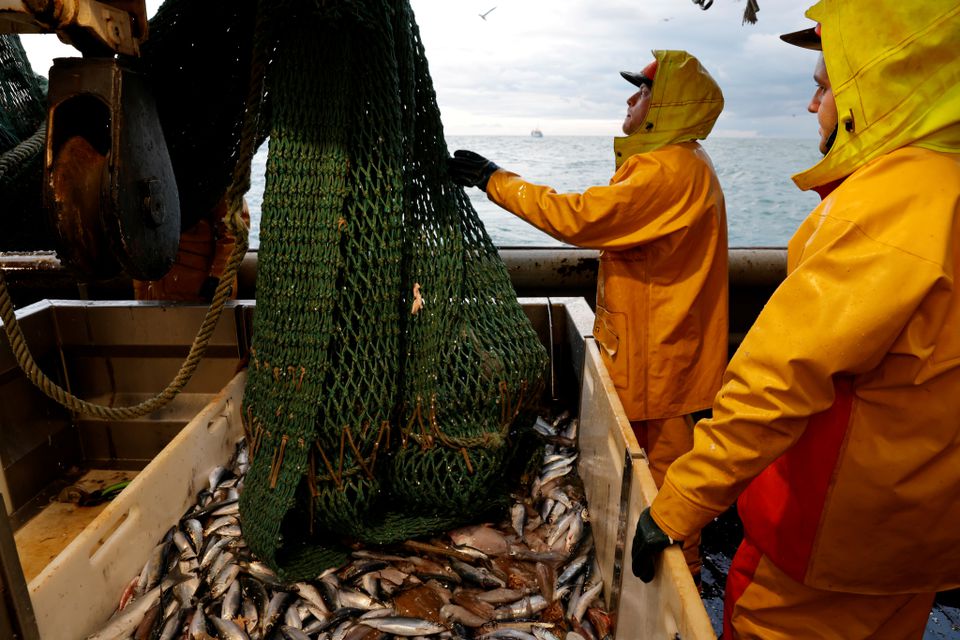 Fishermen empty a fishing net aboard the Boulogne-sur-Mer based trawler "Nicolas Jeremy" in the North Sea, off the coast of northern France, December 7, 2020. REUTERS/Pascal Rossignol/File Photo

France is working on retaliatory measures in its fishing dispute with Britain that it could activate at the end of next week, French government spokesman Gabriel Attal said on Wednesday.

Attal, who was speaking after a meeting of the French cabinet, did not say what these measures could entail.

Last week, Prime Minister Jean Castex said France was ready to review bilateral cooperation with Britain if London continues to ignore the agreement reached over fishing rights in its post-Brexit trading relationship with the European Union.

Paris is infuriated by London's refusal to grant what it considers the full number of licenses due to French fishing boats to operate in Britain's territorial waters, and is threatening retaliatory measures.