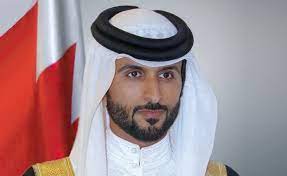 His Majesty King Hamad’s representative for humanitarian work and youth affairs Shaikh Nasser bin Hamad Al Khalifa has hailed the successful run of Cordoba CF under the Bahraini leadership after putting together a 12-match-unbeaten streak which is the longest in the club’s history.

Shaikh Nasser said that it reflects the support provided to the team by the management and a sign of the players’ great efforts.

Shaikh Nasser pointed out that completing 12 matches without a single defeat in the Spanish competitions fuels the players’ desire to continue accomplishing positive results in the coming period, especially because the team is on the cusp of an important period in all contests that requires everyone involved to double their efforts. He wished the team success in their upcoming matches.

Cordoba has managed to break their previous unbeaten record of seven games which was achieved in the 1998-99 season by going 12 games without any defeat.