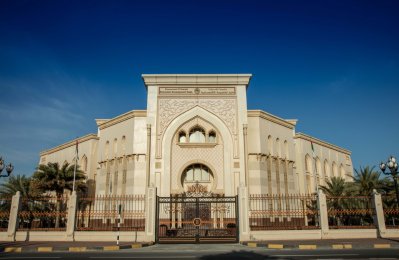 Sharjah Economic Development Department (SEDD) has completed a total of 14,210 licences in the third quarter that were submitted through the department's smart applications including website portal and service centers.
Of these, 12,737 were the renewed licences, while the rest were newly issued ones.
As per the official data, among the newly issued licences, the lion's share (868) went to commercial sector, followed by professional (432) and industrial which hit 69. The number of e-commerce licenses reached 43.
SEDD pointed out that there had been a sharp increase in the number of renewed licences in Sharjah with .
the commercial sector dominating the list with 7,795 licences followed by professionals with 4,286 and then industrial licenses that hit 504.
In addition, the number of renewed licenses for "Eitimad" domestic licenses reached 126, while the number of renewed e-commerce licenses reached 25.
Chairman Sultan Abdullah bin Hadda Al Suwaidi said the continued growth of business licences confirms the strength of the local economy, the attractiveness of the investment environment, the emirate’s strategic location in the region and its advanced infrastructure It also proves the availability of opportunities in various sectors and economic activities.
Fahad Ahmed Al Khamiri, Director of Registration and Licensing Department, said the number of licenses, especially the e-commerce, has achieved a remarkable leap and growth that hit 317% during the third quarter and the growth of Eitimad domestic licence reached 17%.
This represents the continuity and the ability to conduct business and economic activities in Sharjah. In addition, it shows the ability the emirate has to maintain economic balance in the main sectors, he added.