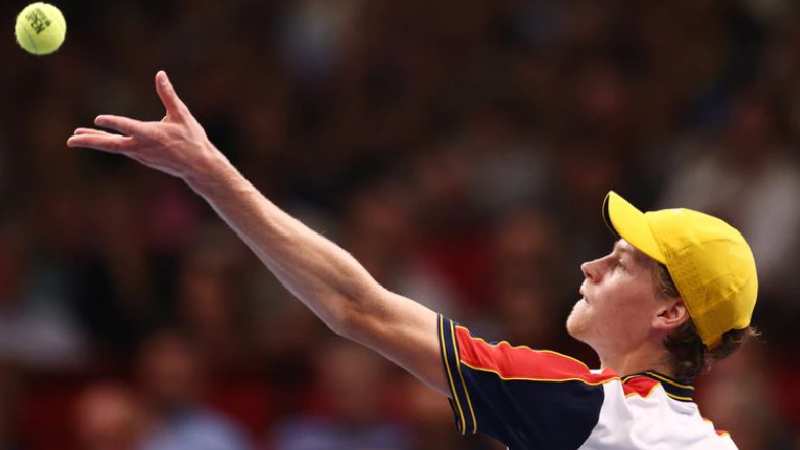 Italian Jannik Sinner broke into the men's top 10 to reach a career-high ranking of ninth on Monday while also taking a big step towards qualifying for the season-ending ATP Finals in Turin by climbing up to the eighth and final spot.

The season-ending ATP Finals on the men's tour is played between the top eight singles players and doubles teams and will be held from Nov. 14-21.

World number one Novak Djokovic, US Open champion Daniil Medvedev, Stefanos Tsitsipas, Alexander Zverev, Andrey Rublev and Matteo Berrettini have qualified for the event with two spots yet to be confirmed.

In a battle between two players chasing a place in Turin, Sinner defeated Norway's Casper Ruud to reach the semi-finals of the Erste Bank Open last week which helped him pass Pole Hubert Hurkacz and Rafa Nadal in the leaderboard.

The Italian, who has won four titles in 2021, was leading 6-3 5-2 in the semi-finals against Frances Tiafoe but the American rallied to beat him and book a spot in the final against German Alexander Zverev.

Ruud remains in seventh spot with Hubert at 10th and all three players will be in action at this week's ATP 1000 event in Paris.

Nadal is ninth on the leaderboard but has already ended his season due to injury.